Illegal alien Ingmar Guandique was found guilty last November of murdering Washington intern Chandra Levy in 2001. The original missing person case got huge media attention because she was having a romantic affair with married Congressman Gary Condit who behaved suspiciously, convincing some that he was responsible for her disappearance. That was the summer preceding the 9/11 attacks, and when the planes hit New York and Washington, the Levy case fell from view. 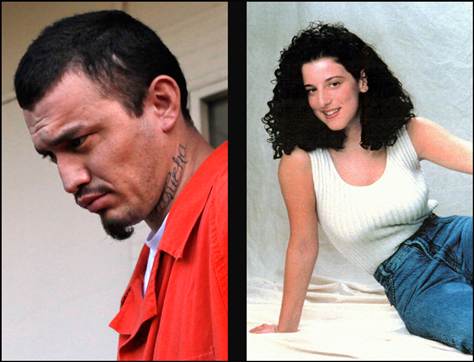 Despite massive searches of Rock Creek Park at the time (her computer showed interest about the place), her body was not found until a year later by a man walking his dog in a steep forested area. Rep. Condit lost his seat in the 2002 primary because of the scandal.

The sex scandal starring a Washington politician was naturally more appealing to the press than another American killed by an illegal alien. Very little explication about Salvadoran Ingmar Guandique has occurred. The Washington Post produced an original investigation, Who Killed Chandra Levy?, that included a chapter on Guandique, The Predator in the Park, with details about his violent criminal history. However, for all the specifics given about Guandique’s rap sheet, there was no question about why he had not been deported after his 2001 arrest for burglary.

The system has not improved much in the time since, as illustrated by the 2010 drunk-driving death of Sister Denise Mosier at the hands of Carlos Montaro, a repeated DUI offender who had been released pending a possible deportation sometime later.

The Guandique trial was helpfully informational, however. While an earlier report said he came for the usual ”better life,” the trial revealed that he came to America to escape a charge of attacking a woman with a knife. Such is the diversity we are supposed to celebrate uncritically.

The man convicted of killing Washington intern Chandra Levy nearly a decade ago was sentenced Friday to 60 years in prison, a term that could keep him behind bars the rest of his life.

Ingmar Guandique would not be released from prison until he was at least about 80 years old, assuming he lives that long, said District of Columbia Superior Court Judge Gerald Fisher. The judge, who called Guandique a dangerous person and sexual predator, said the sentence would ensure he was not a danger to the community if he is released.

Guandique was convicted in November of first-degree murder in Levy’s 2001 disappearance and death, despite a lack of witnesses and no DNA evidence linking him to the crime.

During Friday’s sentencing hearing, Levy’s mother, Susan Levy, asked Guandique directly if he had been responsible for her daughter’s death. He looked her in the eyes and shook his head.

”Mr. Guandique, you are lower than a cockroach,” Susan Levy told Guandique, calling him a ”hideous creature” before closing her statement with: ”F– you.”

She also read statements from her son, who urged the judge to impose a life sentence, and from her husband, who said Guandique should ”rot in hell.”

Guandique, wearing an orange jumpsuit, said in a brief statement in Spanish that he was sorry for what happened to Levy. But, he added, ”I had nothing to do with it. I am innocent.”

Levy’s disappearance became a national sensation after she was romantically linked to then-California Rep. Gary Condit. Police initially focused on Condit as a suspect. Levy’s remains were found in Rock Creek Park a year after she disappeared. Police eventually shifted their focus to Guandique, who was already serving a prison sentence for attacking female joggers in the park in the same time frame Levy disappeared.

Guandique is expected to serve about 50 years of his sentence.

Prosecutors had asked for a life prison sentence, arguing that Guandique showed no remorse and had a history of violence toward women. They said Guandique, an illegal immigrant from El Salvador, fled his village in that country as a teenager because he was suspected of attacking a woman at knifepoint. Guandique’s lawyers, however, argued for the minimum possible sentence of 30 years in prison. They pointed to his suffering as a child, including the severe poverty in which he was raised.

The judge said Guandique committed a ”truly horrible crime” that came close to warranting a life sentence. Guandique’s lawyers have 30 days to appeal.

Lawyers for the prosecution and defense declined to comment after the trial, but U.S. Attorney Ronald Machen said in a statement that he hopes the sentence ”provides some measure of closure to the Levy family.”

Also on Friday, the judge rejected Guandique’s request for a new trial. Guandique’s lawyers argued he should be granted a new trial because jurors improperly shared notes in reaching a verdict. They also argued prosecutors improperly appealed to the jury’s emotions and facts that weren’t part of trial evidence in making a graphic closing argument. But the judge rejected the argument about sharing notes and said he found the vast majority of the closing argument acceptable.