Illegal alien Ingmar Guandique was convicted Monday of killing Chandra Levy. The young woman was an intern in Washington who had a romantic affair with California Congressman Gary Condit, a scandal which consumed the media for months as Levy remained missing, and the obsessive coverage did not end until the September 11 terror attacks. The congressman behaved evasively in the investigation, convincing police that he had a part in her disappearance. Her body was found more than a year later near a running trail.

There was a real scandal involved in this case, however. The media has consistently underreported the identity and immigration status of the killer. For example, the New York Times report of the verdict referred to Guandique as ”an immigrant from El Salvador” and the Associated Press similarly avoided the killer’s status.

Illegal aliens, even criminal ones, remain a favored victim group among the elite liberals in editorial offices. You got the feeling that news outlets covered the Guandique trial only because they had to finish out the story, and their scribbler hearts were definitely not engaged in the issue of illegal alien crime.

Bottom line: Chandra Levy’s murder was a preventable crime. If government had done its job by deporting Guandique after his May 2001 arrest for burglary, then he would not have been present in America to kill the young woman.

The jury of nine women and three men reached its verdict after 3 1/2 days of deliberations.

The verdict was a major victory for the U.S. attorney’s office in the District.

The Levy case was challenging for the prosecution from the start. There was no forensic evidence linking Guandique to the crime scene; no murder weapon; no eyewitness; and no definitive ruling from the medical examiner on what killed Levy. Numerous mistakes by police and forensic scientists further hampered the investigation.

Levy, 24, disappeared May 1, 2001. She was having an affair at the time with Gary A. Condit, the married congressman from her California home town, who was 30 years her senior, and Condit was the first suspect in Levy’s disappearance. Levy was in Washington after having completed an internship as part of her master’s degree studies at the University of Southern California.

More than a month after her disappearance, police searched Rock Creek Park for any signs of Levy but did not find anything. A year later, while walking his dog through the park, a man found Levy’s skull.

Police then located more of her remains and some of her belongings, including her sports bra, black tights and T-shirt. But by then, valuable DNA had long eroded.

Without any forensic evidence, prosecutors based their case on two primary theories. First, they argued, that Guandique preyed on women in Rock Creek Park and that the attack on Levy was part of a pattern.

Guandique was convicted in 2002 of attacking two female joggers in the park around the same time Levy disappeared, and those joggers testified at the trial.

The second pillar of the government’s case was the testimony of one of Guandique’s former cellmates, who was housed with Guandique when he was serving time for the jogger attacks. The inmate told jurors that Guandique admitted to him in 2006 that he killed Levy.

Guandique, 29, an illegal immigrant from El Salvador, also had scratches on his face at the time Levy disappeared and gave varying accounts to friends about how he got them, according to testimony.

It took the Post 10 paragraphs to get to Guandique’s immigration status – that’s about the best we get. 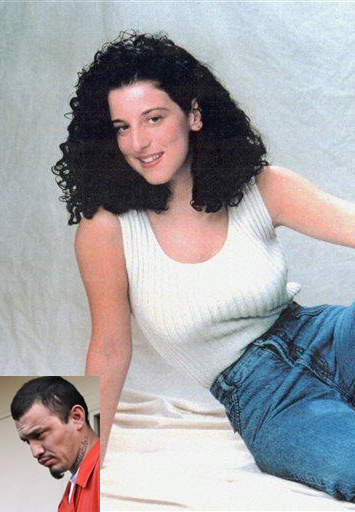