On Halloween night 2005, illegal alien Israel Diaz climbed through the bedroom window of 11-year-old Victoria Sandoval (pictured) in Albuquerque, then raped and murdered her. Her body was found the following morning by her grandmother. 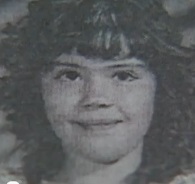 Diaz was sentenced Tuesday to 59 years in prison.

It’s been a particularly hard road to justice for the family. A mentally retarded man confessed to the murder and went through a whole trial. But Diaz was arrested for burglary around that time, where his DNA was taken which matched up with the Sandoval killing. So the family had to endure two trials to reach a conviction of the guilty Mexican.

The family is reportedly satisfied with the sentence, but given that New Mexico does not have the death penalty, life without parole seems more appropriate for such a heinous crime.

ALBUQUERQUE (KRQE) – It’s been a long wait for the family of Victoria Sandoval, the Albuquerque child who was raped and murdered in 2005.

Israel Diaz climbed through the 11-year-old girl’s bedroom window on Halloween night and then attacked.

The Sandoval family’s nightmare began the next morning when Victoria’s grandmother went into the girl’s room and found the child’s lifeless body.

“I’ve waited six years, and I got what I wanted,” said Clara Tenna, Victoria’s grandmother. She said she’s finally feeling some closure knowing that the man who killed Victoria won’t be able to hurt anyone else for a long time.

“I did not want him out in the street, there’s too many children out there,” said Tenna.

The family is pleased with the sentencing.

“The court’s going to run the sentences consecutive for a total period of 59 years in the Department of Corrections,” District Judge Neil Candelaria Tuesday as he pronounced Diaz’s sentence.

Candelaria listened to Diaz plea for a reduced sentence, but he wasn’t swayed.

Diaz admitted to raping Victoria but refused to admit to her murder. What he then said really upset the family.

“I was angry because he used God in that way,” responded Tenna.

Victoria’s family has been looking for justice for years. Another man had confessed to the crime shortly after it happened.

However, three years later DNA evidence linked Diaz to the murder. The original suspect was freed from jail. ??In October Diaz plead no-contest to murder, rape, kidnapping and burglary. Legally a no-contest plea is treated as a conviction on those crimes. ??His sister apologized on behalf of her brother’s actions.

“It wasn’t their fault, and I feel bad he ruined two families, mine and his,” said Tenna.

Because Diaz is in the country illegally, the judge wants his murder sentence to be served in full in New Mexico before any consideration of deportation. By then, Diaz would be in his early 80s.

Victoria’s family is relieved they will never have to see him again in court. ??”I don’t want to hurt no more,” Tenna said.

“I haven’t been happy. I want to be happy again.” ??Diaz claimed someone else killed Victoria that night although he never named that person. All of the DNA evidence found at the scene was from Diaz.

Diaz will have to serve 50 years before he’s eligible for parole.