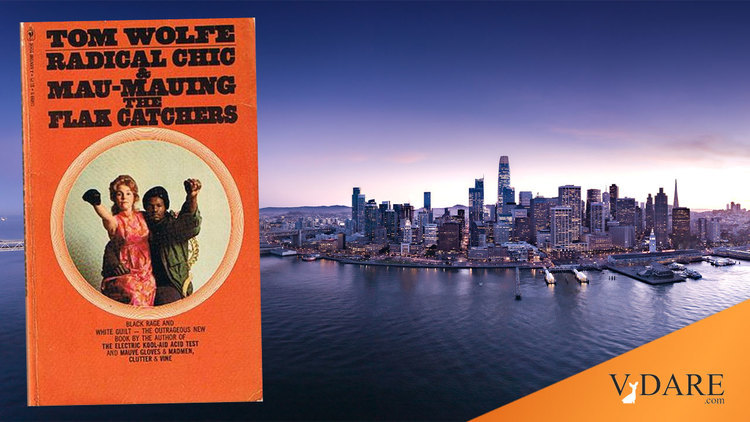 If You Want To Understand ACORN...

The big innovation in racial shakedown rackets since then, however, has been getting into the business of being pre-emptively co-opted by corporations.

Say that you are Vice President of Predatory Securitizing at an Orange County lender and you've come up with a great idea: you want to give subprime liar loans with exploding teaser interest rates to illegal immigrants, then bundle them up ("secretizing") and sell these mortgage-backed securities to naive foreigners.

But, you don't want regulators getting sniffy about your new strategy and accusing you of Predatory Lending. So, you find a leftwing community organizing group to conduct pseudo-negotiations with. They start out denouncing you for predatory lending but end up signing a deal with you that says that in the name of fighting the financial industry's despicable and tragic history of racist redlining, you pledge to lend billions to Hispanic undocumented workers. (In return, you cut the lefties in for a little piece of the action, but you don't have to give them much because they have so many competitors — the National Community Redevelopment Alliance lists 600 member organizations.) Then you wave that agreement in front of the noses of any regulators who start asking questions: "Look, capitalists and leftists have come together to fight racism and nativism! What, are you, some kind of nativist racist?"

My vague impression is that perhaps the most professionally cynical leftist group in this racket is The Greenlining Institute, which repeatedly publicly endorsed the ethics of Roland Arnall's Ameriquest subprime boiler room operation in return for donations. ACORN, in contrast, is more anarchic and unprofessional, as the recent tapes show. But, parts of ACORN has played this game too, as Michelle Malkin points out using the example of the 2005 arrangement between Citigroup and ACORN to give loans to illegal immigrants.