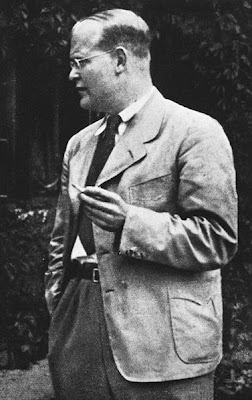 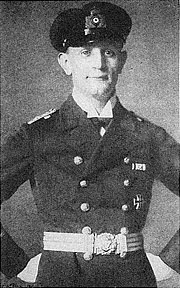 Martin Niemöller, as a World War I naval officer

When they came for me,
There was no more garbage left
That could protest.

When the Nazis came for the Communists,
I was silent,
For I was no Communist.

When they came for the unionists,
I was silent,
For I was no unionist.

When they came for me,
There was no one left
Who could protest.

During my student days in West Germany (1980-1985), I frequently saw this “poem” on posters on students’ dorm doors. Back then, it was always attributed to leftwing German Protestant theologian Dietrich Bonhoeffer (1906-1945), whom the Nazis hanged on April 9, 1945, in the Flossenbürg concentration camp.

I now see that fans of German Protestant theologian Martin Niemöller (1892-1984), starting with his second wife, Sybil, have claimed since his 1984 death that it was his “poem.” Martin Niemöller started out as a Nazi, and remained so through The War, but converted to either socialism or communism, as soon as The War ended. (Out of one side of his mouth, he said he opposed communism, but out of the other side...) This was a man who always knew what side his bread was buttered on.

The German Wikipedia entry for Dietrich Bonhoeffer does not presently attribute the statement to him, but other sites (here and here) do.

Meanwhile, Niemöller reportedly said that he did not say exactly the words attributed to him, but something like them, and biographies written after his death did not even mention the “poem.”

Apparently, Niemöller made certain remarks shortly after The War in speeches that are similar to the statement, though the groups named changed in different versions. Someone else, likely a communist, then came along, and put it in the form in which it has since become known. Other versions mention the Jews. However, the Communists always come first, suggesting that the statement’s real purpose was to protect Communists.

And what of Dietrich Bonhoeffer? Hard to say. Lefties liked the words, and likely attributed them to him, simply because he was a Lefty. Didn’t you know? All great sayings come from leftists. As lefty guru Jürgen Habermas likes to say, “Der Geist steht links”: “The mind stands on the Left.”