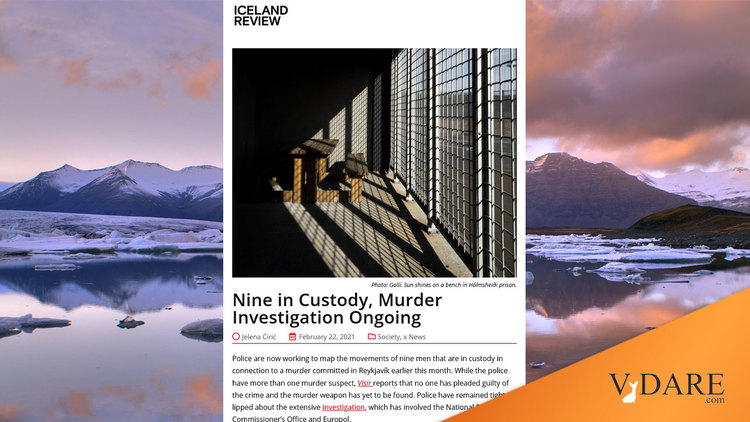 Iceland Is Now Enjoying the Blessings of Diversity

Boring white-bread Iceland is finally being enriched by Diversity. From Iceland Review:

Police are now working to map the movements of nine men that are in custody in connection to a murder committed in Reykjavík earlier this month. …

On February 13, Albanian national and resident of Iceland Armando Beqirai was shot to death outside his home in East Reykjavík. Armando was in his 30s and leaves behind an Icelandic wife and young child, who were in the home when the incident occurred. Eight of the nine individuals in custody in relation to the crime are foreign citizens and one is Icelandic.