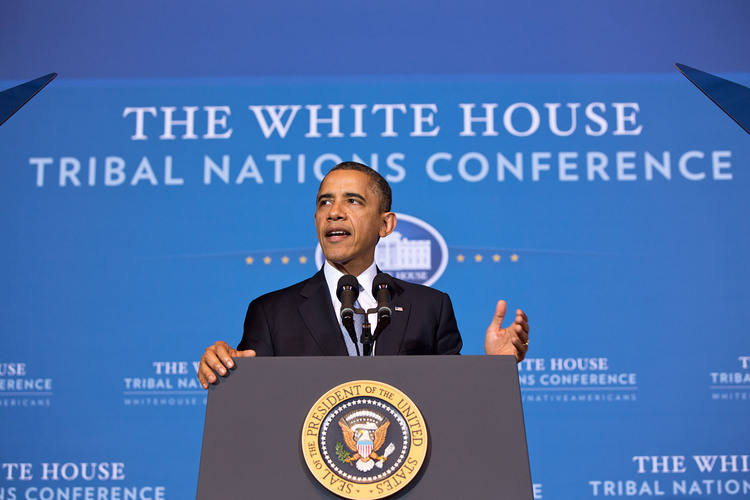 I Told You So: Obama Is The Ultimate Affirmative Action Case

When Barack Obama arrived in Washington almost five years ago, the universal assumption was that the young president—who had, after all, won office by exploiting every connective tool of the national social and electoral network—would run his White House in sharp contrast to the bunkered, hunkered-down George W. Bush.

Like so much conventional wisdom, that impression has proved dead wrong. In fact, Obama’s resolute solitude—his isolation and alienation from the other players and power centers of Washington, be they rivals or friends—has emerged as the defining trait of his time in office. He may be the biggest presidential paradox since Thomas Jefferson, the slaveholder who wrote the Declaration of Independence: a community organizer who works alone.

You know, while Obama was a community organizer, he didn't actually organize any communities. The job was a useful box for him to check off while he boned up for the LSAT, a way for him to prove to Harvard Law School admissions that this guy from Hawaii with a name not uncommon in Japan wasn't just another Asian applicant, but was instead a Man of His People.

In early 2011, when the president’s most trusted political adviser, David Axelrod, left the White House to return to Chicago to run his re-election campaign, Obama made a surprise appearance at Axelrod’s going-away party in a grand apartment off Dupont Circle on a wintry Saturday night. Clad casually in a black jacket, he spoke warmly, even emotionally, of the aide who had done so much to elect him. Then he made his way quickly around a living room full of Cabinet members, other aides, and off-duty reporters, grasping each proffered hand with a single, relentless, repeated greeting: “Gotta go.”...

Obama’s self-evident isolation has another effect: It tends to insulate him from engagement in the management of his own administration. The latest round of “what did the president know and when did he know it” on the disastrous rollout of Obamacare and the tapping of German chancellor Angela Merkel’s cell phone raised troubling questions: Were Obama’s aides too afraid to tell him? Was he too detached to ask? Or both? At the least, such glaring failures cast fresh doubt on Obama’s invariable assurance to those around him in times of trouble: “I got this.”

... If he had chosen to be a novelist or neurosurgeon, an airline pilot or an atomic engineer

Novelist, sure, although not a terribly interesting one. But those other professions? They are specifically ones where a man with an ego bigger than his competence can do disastrous harm.

...the very qualities of self-sufficiency that even some of his strongest supporters find so frustrating would be an unalloyed asset. But in a politician—above all, in a president—such qualities are confounding and, at times, crippling.

“He never needed anyone to affirm his value,” one of his longest-serving advisers told me, “and for that reason, I’m not sure he understands what it would mean to provide a little affirmation to another politician. Because it wouldn’t mean much to him.”

No, Obama thrives on public affirmation. He was a run of the mill Ivy grad, more or less treading water in his mid-20s, up until the moment he arrived at Harvard Law School where he was instantly apotheosized at the First Black President. As classmate Jackie Fox of the Runaways noted, his persona swelled like her old bandmate Joan Jett's had.

Obama loves standing on a stage and receiving mass public adoration. What he doesn't like is talking to people, especially people with their own agendas, such as other politicians.

He seems to have a Zero Sum approach to cheers — if other people are also being praised, that makes the praise he's getting relatively less awesome. If he insincerely flatters other politicians that raises the troubling question that maybe some of the worship he receives is insincere flattery, too.

... Indeed, however he treats his enemies, Obama could work harder to get by with a little help from his friends. Throughout his tenure, he has generally refused to adopt the practice of every president since at least Gerald Ford by posing for pictures with his guests at the more than a dozen White House holiday parties (except in the case of the receptions for Congress and the White House press corps, who could be counted on to make a real fuss).

When I was in the corporate world in Chicago, I don't know how many executives had a pictures of themselves and Michael Jordan at charity golf outings. Posing with complete strangers as if you are old buddies is part of the job description of being Michael Jordan or President.

Successive flights of frustrated senior aides to both the president and the First Lady have battled the Obamas’ persistent assumption that supporters (and staffers, for that matter) don’t need to be thanked—a battle fought largely in vain.

Five years into their tenure, the couple has a social reputation few would have envisioned when they came to town: more standoffish than the Bushes, and ruder than the Clintons.

Obviously, Michelle has a lot of issues involving garden variety insecurity and resentment. But, Barry has the interpersonal skill set of a humble man, combined with an inflated sense of entitlement: Well, of course, those little people would want to slave away to help me lower the sea level or whatever. Why should they expect to be thanked? Isn't being permitted to assist in my achieving my rightful status it's own reward?

... On Syria, Obama clearly did not run the congressional traps. Having announced—on his own—that the use of chemical weapons would constitute a red line requiring an American response, he suddenly decided in September to seek congressional approval without any real count of the Democratic caucus. And he made up his mind not in deliberations with his secretaries of state or defense but after a walk around the White House lawn with his chief of staff Denis McDonough—an adviser since his Senate days—before informing a handful of other senior aides of his decision.

Another aspect of Obama is (relatively) low energy, especially for one of the youngest Presidents ever. Sending America off to war is (or ought to be) a big decision, involving much consultation and coalition-building (e.g., the energetic George H.W. Bush in 1990-91). Yet, with both Libya and Syria, Obama did it in an offhand manner, in part because that's about all he's got in the tank.

And then there is golf. ... Obama has taken a page out of Wilson’s book, invariably competing in a foursome with the same retinue of junior aides and old friends—most of whom are better than he is and whose seemingly sole mission is to sharpen the president’s own game.

Obama's primary golf partner is Marvin Nicholson, his current body man. Nicholson is this cool slacker, a 6'-8" white guy from Vancouver Island, who drifted around in low-level sports jobs, mixed with a little bartending. He was discovered by John Kerry working at a wind surfing shop. Kerry thought he was so brotastic that he wanted to hire him as an aide, but Nicholson instead chose to go caddy at Augusta National Golf Club for a year. Finally, Senator Kerry won him over. Obama inherited Nicholson from Kerry.

Obama is so averse to playing golf with anybody important that another of his more frequent partners is Nicholson's brother.

... (And speaking of summits, Obama has no relationship with any foreign leader that is remotely akin to Ronald Reagan’s with Margaret Thatcher, or Bill Clinton and George W. Bush’s with Tony Blair. The scandalous phone-tapping imbroglio—even if the fault of the Bush administration—now makes it unlikely that he ever will.)

Just how someone wired the way Obama is got so far in politics remains a puzzlement.

Uh ... well ... you know ... Okay, since everybody seems to be permanently baffled by how Barack Obama ever came to be seen as Presidential Timber, let me just ask: if he'd remained "Barry Soetoro," half-Indonesian-American of "international" and "multicultural" background, would anybody have ever heard of him?

His aloneness is generally regarded as springing from a surfeit of self-confidence, a certitude that he really does know best. But at least one former senior administration adviser has argued that the trait springs from the opposite source: a basic insecurity on the president’s part, one that keeps him from surrounding himself with strong intellectual rivals in either the White House or the Cabinet.

So, at some level, Obama, who has some powers of self-awareness, realizes he's not really all that.

The whole situation would be funny, if anybody were allowed to joke about it.