I am Shocked, Shocked to Find...Vladimir Putin Acting Like Bill Gates

From the New York Times, a giant exposé:

I am shocked, shocked to find that textbook updating is going on in Russia.

On the other hand, I’m not all that surprised that Putin knows a guy who knows a guy in the textbook publishing business.

One of the colorful math textbooks published by a decorated educator, Lyudmila G. Peterson, was rejected for using characters from popular Western children’s stories, like Snow White’s seven dwarfs. 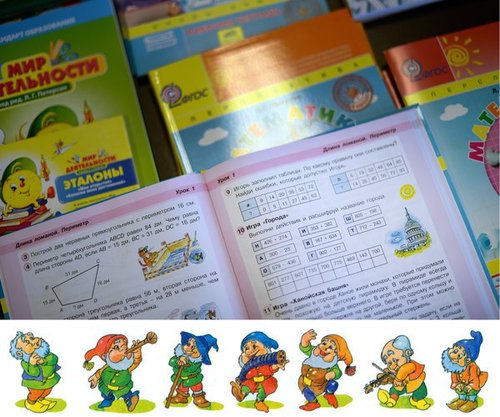 You know, though, the Russian government’s rejecting these textbooks because they use these cartoon characters might actually reflect a fear of an entity even more relentless and money-hungry than the Muscovite strongman: the Walt Disney Company’s intellectual property rights department.

Of course, what’s going on in oligarchic Russia where the elected President is throwing out current textbooks is the complete opposite of what’s happening in democratic America. Here in the land of the free and the home of the brave, current textbooks are being thrown out because they don’t conform to the new Common Core standards that were imposed on most of the U.S. without any trial runs or field tests largely because the Richest Man in the World thought the Common Core sounded like a good idea in theory and had his Gates Foundation buy off practically every “independent” educational expert in the country.

So, Russia and America are completely different. As you can see from the fact that Putin’s cronies are working with Microsoft to turn the new Putin-approved Russian textbooks into expensive software products. Oh, wait …