I’ve written several posts on the important national security subject of Huma Abedin, the Secretary of State’s close aide, who has disturbing connections with the Muslim Brotherhood gang which is bent on creating a worldwide caliphate, starting with the Middle East where the project is going quite well in Egypt and beyond.

The controversy is somewhat dense, starting with five Republican members of Congress writing sober letters to relevant agencies inquiring whether Abedin had undergone proper background checks, for which they were condemned by the GOP establishment and the obedient media. Former prosecutor of terror cases Andrew McCarthy spoke up in defense of the Congresspersons in a detailed argument presented at the National Press Club, where he summarized, “Ms. Abedin had a very lengthy affiliation with an institute founded by a top figure at the nexus between Saudi terror funding, Brotherhood ideology, and al Qaeda’s jihad against the United States… No one I know, least of all me, is contending that President Obama or Secretary Clinton needed Huma Abedin in order to develop Islamist sympathies.”

Below, President Obama praised Huma Abedin’s patriotism at his deluxe Ramadan dinner at the White House on August 10. 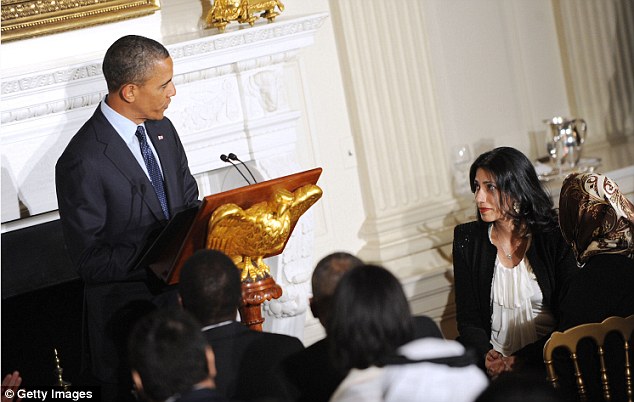 Ezra Levant of Canada’s Sun TV recently presented a brief explanation of “Who is Huma Abedin?” showing her activities in jihadist Muslim organizations. Why is such a person plugged in at the highest level of the American government? Inquiring still minds want to know.