How White Are American Blacks? 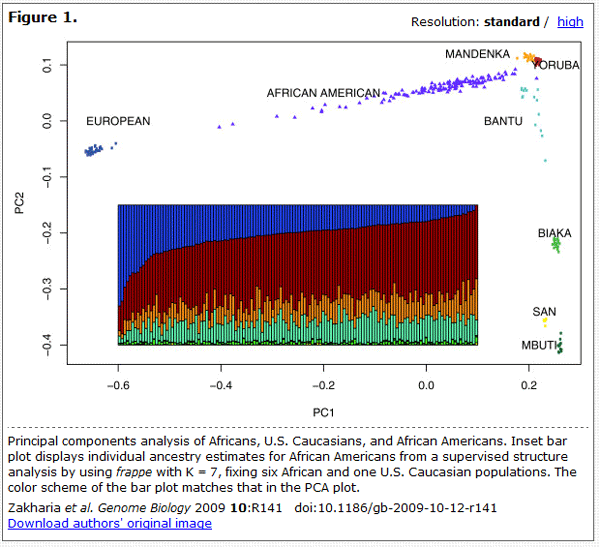 Most of the African ancestry is Yoruban, with only marginal amounts being pgyma (Mbuti) or Bushman (San).

Most of the small number of Europeans in the study cluster together (i.e., probably have no recent African ancestry), while two appear to have small amounts.

All this is pretty similar to what I heard from Penn State geneticist Mark Shriver eight years ago. He came up with about 18% white admixture in African Americans. The technology was more primitive then, but his sample size was about 20 times bigger. So, one-fifth appears to be a good rough estimate.