The new study done by the Congressional Research Service found that nearly a fifth of illegal aliens released to American streets (rather than deported) went on to commit preventable violent crimes, including 19 murders among the group analyzed.

Judiciary Chair Lamar Smith remarked in the Committee’s press release about the threat to public safety:

“President Obama’s reckless amnesty agenda is dangerous and deadly for Americans. Rather than protect the American people he was elected to serve, President Obama has imposed a policy that allows thousands of illegal immigrants to be released into our communities. They have committed thousands of more crimes, including 19 murders, 3 attempted murders, and 142 sex crimes, which could have been avoided.

“For example, after an illegal immigrant was released, he and another illegal immigrant were arrested on suspicion of killing a man. And this is just one case. Illegal immigrants released from jail have committed other crimes, including nearly 2,000 DUI, over 1,400 drug violations, and more than 1,000 major criminal offenses and violent crimes, which consist of murder, assault, battery, rape, kidnapping, child molestation, domestic abuse, lynching, stalking, and torture.” 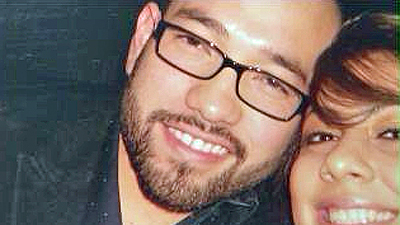 The criminal mentioned in passing by Smith was specified by name in the Washington Times report: previously deported illegal alien Evin Adonis Ortiz. After the criminal was released, he and two others robbed a 68-year-old man. When the robbery victim’s grandson, Danilo Morales (pictured), chased after the thieves, they killed him. (For details, see 2 arrests in deadly North Hollywood robbery shooting, KABC, January 16, 2012.)

The data provided to the House Judiciary Committee by DHS includes 276,412 records of charges against illegal and criminal immigrants identified by Secure Communities between October 27, 2008 and July 31, 2011. There are 159,286 unique individuals in the database and 205,101 unique arrest incidents.

Of those released, CRS found that about 17% of illegal and criminal immigrants, or 26,412, were rearrested on criminal charges. These 26,412 recidivists accounted for a total of 42,827 arrests and 57,763 alleged violations.

These crimes committed by both illegal and legal immigrants include 59 murders, 21 attempted murders, and 542 sex crimes.

The report is available to be read online.