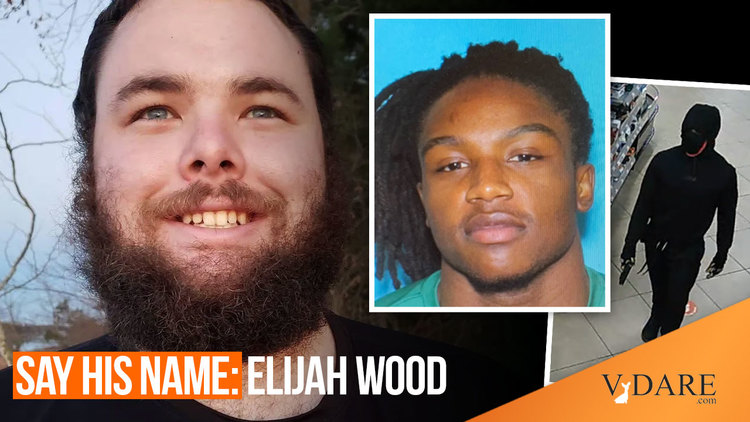 In a more civilized time, the University of Georgia football team would actual reflect the student-body enrolled at the Athens, Georgia collegiate institution (hint: white males). In our more racially advanced time line, we know have perhaps the first murder by a former UGA football player.

And it’s black on white. His name is Elijah Wood.

OCONEE COUNTY, Ga. — The Oconee County Sheriff’s Office has arrested a former University of Georgia football player on murder charges in the shooting death of a RaceTrac clerk nearly a year ago.

The sheriff’s office, with the help of multiple agencies, arrested Ahkil Nasir Crumpton.

“Today is the day Elijah Wood’s family, everyone here at the Oconee County Sheriff’s Office, and our community has been waiting for,” the sheriff’s office wrote. “WE GOT HIM!”

In February, the sheriff’s office was notified by ATF that a gun used in a murder in Philadelphia matched the gun used in Wood’s death.

Investigators were able to connect that Crumpton, who is from Philadelphia, played football at UGA in 2017 and 2018 and studied at UGA until 2021.

A UGA website showed that Crumpton played as a wide receiver for the Bulldogs.

Philadelphia police have not released any information about what murder Crumpton is accused of there.

“It’s a great relief to finally have the suspect in custody,” said Oconee Co. Sheriff James A. Hale Jr. “For the past year Oconee Co. investigators along with our state, federal, and local law enforcement partners have tirelessly worked this difficult case. Although challenging, we were always confident we would find the person responsible for this senseless murder.”

What’s sad is prior to Wood’s murder, he might have spent his fall Saturday’s cheering on the majority black UGA football team.

Thus are the wages of wasting your life basing your identify on college football programs.

Were America truly dominated by implicit bias and structural inequalities, white men across the South would know what happened to Wood and that a black former UGA murdered him. Instead, white men across the South could probably tell you the high school star rating his black killer received from the recruiting service they pay $120/per year to belong to and get the latest news on primarily black high school players who their beloved alma mater is trying to lure to campus and represent their university on the football field.