Hell Hath No Fury, Like An FBI Director Scorned!

Is James Comey a Tragic Hero, or the Ultimate Washington Operator?

I’m dizzy, even though I spent almost all day Thursday and Friday sitting!

On Thursday, June 8, 2017, a date which should but won’t live in infamy, former FBI Director James Comey spent three hours testifying before the Senate Intelligence Committee. I followed all of Comey’s testimony, and yet I’ve been reading articles ever since, to correct some of my confusion. 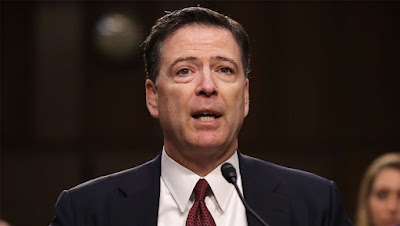 To recapitulate: Trump fired Comey on May 9, citing the latter’s handling of the Russia investigation.

Democrats pounced on Trump’s explanation, saying that he was guilty of “obstruction of justice,” i.e., it was grounds for removing him from office, and began talking about all the parallels between Trump and Nixon.

There were no such parallels between the men; the parallels were in the imaginations of today’s Democrats, who were seeking to undo the election.

(The last Republican president whose election Democrats didn’t seek to undo or sabotage in advance was Ike.)

In fact, the only reason Warner was there was to undo the election….