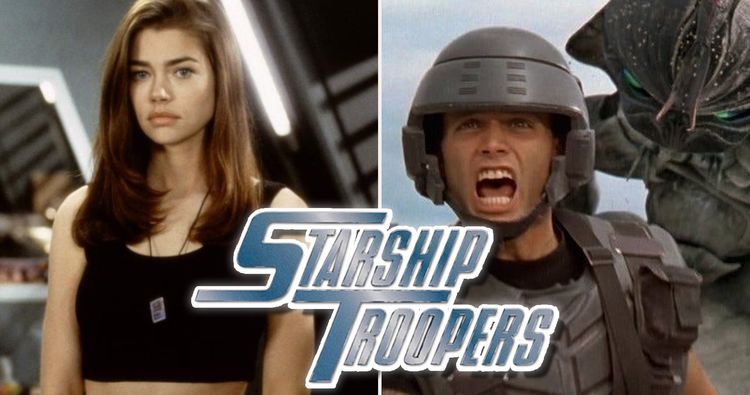 Paul Verhoeven promoted his 1997 version of Robert A. Heinlein's "Starship Troopers" as satirizing Heinlein's supposed Nazi views, but the reality is Verhoeven, who was born in 1938 in Holland, is the last working filmmaker to have been directly influenced by Nazi aesthetics during 1933-1945 (Ingmar Bergman now being retired). He has admitted that he got hooked on movies as a child watching Nazi propaganda films in Occupied Holland. Knowing that, it's easy to see the Nazi obsessions with blondeness and brutality that run through his films.

For example, Verhoeven has competed with eugenicist Jodie Foster to film the life story of Hitler's favorite directrix Leni Riefenstahl. Verhoeven boasted that Riefenstahl told him that Foster is "not beautiful enough" to player her, and "Leni's ultimate idea of herself is Sharon Stone in 'Basic Instinct,'" which is one of Verhoeven's films.

Verhoeven then spends a lot of time telling the press that he is actually satirizing the Nazi obsessions of other people like Robert A. Heinlein, and a lot of credulous media-types believe him. For example, Verhoeven persuaded a lot of the critics that his casting an Ernst Roehm wet-dream- like Casper Van Dien as Juan Rico in Starship Troopers was a parody of Heinlein's Nazi tendencies.

Yet, anybody who has finished the book (which doesn't include Verhoeven, who said he read only a few chapters) knows that Heinlein played a brilliant trick by not revealing until the next to last page that his narrator-hero is a Tagalog-speaking Filipino.