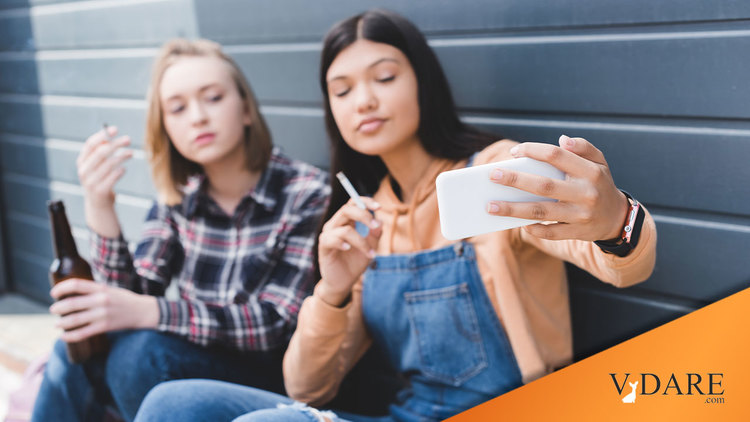 Health Has Been In Decline Since Baby Boomers

Recent generations show a worrying decline in health compared to their parents and grandparents when they were the same age, a new national study reveals. Researchers found that, compared to previous generations, members of Generation X and Generation Y showed poorer physical health, higher levels of unhealthy behaviors such as alcohol use and smoking, and more depression and anxiety.

The researchers found that the measures of physical health have worsened from the Baby Boomer generation through Gen X (born 1965-80) and Gen Y (born 1981-99). For whites, increases in metabolic syndrome were the main culprit, while increases in chronic inflammation were seen most in Black Americans, particularly men. …

Zheng said it is beyond the scope of the study to comprehensively explain the reasons behind the health decline. But the researchers did check two factors. They found smoking couldn’t explain the decline. Obesity could help explain the increase in metabolic syndrome, but not the increases seen in chronic inflammation. …

Results showed that levels of anxiety and depression have increased for each generation of whites from the War Babies generation (born 1943-45) through Gen Y.

While levels of these two mental health indicators did increase for Blacks up through the early Baby Boomers, the rate has been generally flat since then.

The probability of heavy drinking has continuously increased across generations for whites and Black males, especially after late-Gen X (born 1973-80).

For whites and Blacks, the probability of using street drugs peaked at late-Boomers (born 1956-64), decreased afterward, then rose again for late-Gen X. For Hispanics, it has continuously increased since early-Baby Boomers. …