HARVARD BUSINESS REVIEW: "How Fox News [And VDARE.com!] Created the War on Christmas"

In the Harvard Business Review, instead of "thanking heaven fasting" for Donald Trump, they're bashing Trump over the War  On Christmas (in which he's on the side of the Christmas Angels) and crediting us for starting it and Fox News for pushing it.

Earlier this week, President-elect Donald Trump’s former campaign manager declared that it was once again safe to say “Merry Christmas,” reflecting Trump’s campaign promise that, if he won, every store would say “Merry Christmas,” and “Happy Holidays” would be out. Trump had previously called out Starbucks holiday cups for being insufficiently Christmas-oriented, a criticism shared by many people on social media for the second year in a row. Gap, Target, The Home Depot, and many other retailers have been criticized in the past. The now-annual controversy over the “war on Christmas” highlights the difficulties now faced by any company that wants to avoid offense in the run-up to the winter holidays. 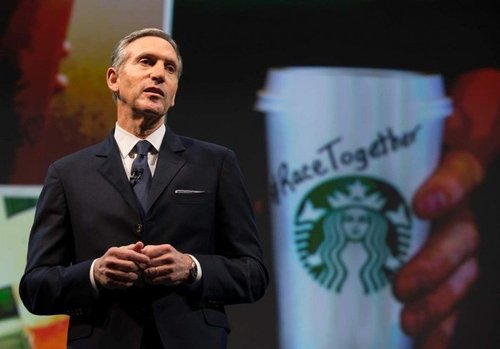 Of course, HBR  is all about business concerns—this article is  in the "customer service" section. Sometimes companies like Target and Starbucks which don't really act like they want to avoid offense. In 2015, Starbucks had an awful "White Guilt With Your Flat White" initiative, encouraging their mostly white customers to talk about race—sometimes before they had their morning coffee.

But author Dan Cassino, a professor at Fairleigh Dickinson, blames the controversy on America's one non-left wing TV station:

In a December 2005 Gallup poll, 41% of respondents said they preferred to be greeted with “Happy Holidays” during the holiday season, and 56% said they’d rather hear “Merry Christmas.” Ten years later, a survey we conducted at Fairleigh Dickinson University’s PublicMind research center found that only 25% wanted to hear “Happy Holidays,” while 65% of Americans said they preferred “Merry Christmas.” Despite variance between pollsters and different ways of wording the question, the trend is clear: Over the last decade, many Americans changed their minds about the greeting they want to hear, and the question of what to say to customers and neighbors became fraught with social meaning. This change — and the very idea of a war on Christmas — seems to be the result of coverage on one channel: Fox News.

Perhaps the real story is the fact that until fairly recently, all the networks were controlled by Left wing Democrats and Cultural Marxists. But Cassino [Email him] also blames VDARE.com editor Peter Brimelow: 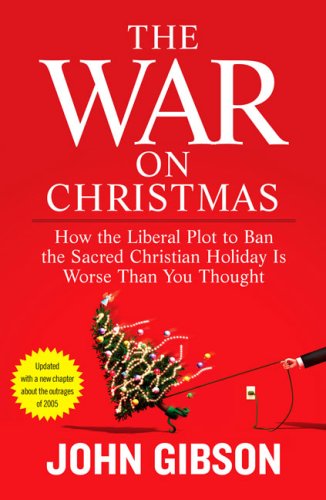 This isn’t to say that Fox hosts originated the idea of a war on Christmas. The term arose in the writings of anti-immigration activist Peter Brimelow in 1999 but languished until October 2005, when John Gibson appeared on The O’Reilly Factor to discuss his new book, The War on Christmas: How the Liberal Plot to Ban the Sacred Christian Holiday Is Worse Than You Thought.

The thrust of the argument made by Brimelow and Gibson is that governments and large corporations are actively pushing an anti-Christian agenda. For instance, Gibson points out that in 2004 Amazon wished its customers “Happy Holidays” rather than “Merry Christmas,” some schools listed a “Winter Break” on their calendars rather than a “Christmas Break,” and the holiday stamps put out by the U.S. Postal Service featured a snowman (a point perhaps undercut by the fact that religious-themed stamps were also available). In Gibson’s argument, it all was part of a secularist plot that aimed to, as O’Reilly put it on November 18, 2005, “get religion out, [so] then you can pass secular progressive programs like legalization of narcotics, euthanasia, abortion at will, and gay marriage.” But it is not just the government that is threatening Christianity, Gibson claimed: “Every time a supermarket checker or store clerk greets you with [‘Happy Holidays’] instead of ‘Merry Christmas,’ you have met another soldier in the War against Christmas.” In this view, saying “Merry Christmas” is a political act, announcing one’s opposition to secular liberals, in what Michael Norton from Harvard Business School and Samuel Sommers from Tufts University describe as a symbolic protest against a perceived loss of privilege.

From 2005 on, Fox News has returned to the topic every year, while noncable television networks and major newspapers have given it little to no coverage, mentioning it only a handful of times, and never seriously. Most of the discussion about it outside of Fox has been on MSNBC and The Daily Show, both of which have used it to mock Fox’s coverage.

The argument that saying “Happy Holidays” is the spear tip of a concerted secularization plot may seem like a stretch, but it seems to have been accepted by many Americans...

I want to make a couple of points here—one is that he's wrong to say that Peter Brimelow started it here in 1999. Not only did he encourage John O'Sullivan to start a competition for egregious anti-Christmas actions in the pre-purge National Review on  December 27, 1995, but anti- Christmas activism—and resistance to it—goes back much farther than that. In 2005, Tom Piatak pointed to an Adam Cohen article in the New York Times that traced it back to 1906:—Cohen wrote

The campaign's leaders insist this is a new phenomenon — a "liberal plot," in Mr. Gibson's words. But as early as 1906, the Committee on Elementary Schools in New York City urged that Christmas hymns be banned from the classroom, after a boycott by more than 20,000 Jewish students.

This Season's War Cry: Commercialize Christmas, or Else,  December 4, 2005 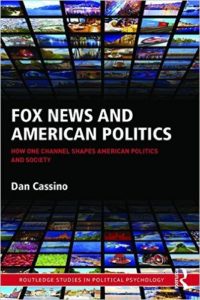 Salon pointed to a 1959 pamphlet by the John Birch Society making the same point, and  And William F. Buckley (!!!) editorialized against the New York City School Board's banning of religious symbols at Christmas [Krismas, PDF] on November 26, 1955.

Of course, from Cassino's point of view, this sudden shift to pro-Christmas bias in a what is still a majority Christian nation is part of the surprising influence of Fox News. (From a Dissident Right, immigration patriot point of view, Fox is not that right-wing, but at least some of them are Republicans.)

Cassino is bound to see it that way, because he's the author of  the Routledge Studies in Political Psychology book Fox News and American Politics: How One Channel Shapes American Politics and Society.

I think that  MSM and academic hatred of Fox News (and independent news sources like VDARE.com) is generally, in a phrase Cassino quoted about white people in general, a "symbolic protest against a perceived loss of privilege."