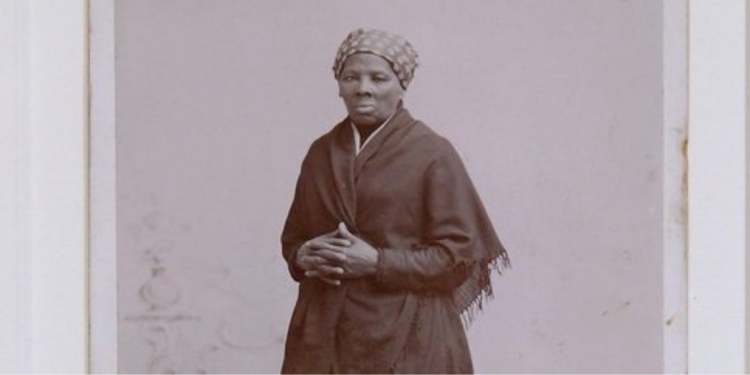 Vanishing American pointed me toward this USA Today story:

Here's a quiz: Get a pencil and paper and jot down the 10 most famous Americans in history. No presidents or first ladies allowed.

Ask teenagers, and they overwhelmingly choose African-Americans and women, a study shows. It suggests that the "cultural curriculum" that most kids – and by extension, their parents – experience in school increasingly emphasizes the stories of Americans who are not necessarily dead, white or male.

Researchers gave blank paper and pencils to a diverse group of 2,000 high school juniors and seniors in all 50 states and told them: "Starting from Columbus to the present day, jot down the names of the most famous Americans in history."

Topping the list: the Rev. Martin Luther King Jr., Rosa Parks and Harriet Tubman. Three of the top five – and six of the top 10 – are women.

Sam Wineburg, the Stanford University education and history professor who led the study along with Chauncey Monte-Sano of the University of Maryland, says the prominence of black Americans signals "a profound change" in how we see history.

"Over the course of about 44 years, we've had a revolution in the people who we come to think about to represent the American story," Wineburg says.

Yes, but how does he explain No. 7: Oprah Winfrey?

She has "a kind of symbolic status similar to Benjamin Franklin," Wineburg says. "These are people who have a kind of popularity and recognition because they're distinguished in so many venues."

Indeed After all, both Ben Franklin and Oprah Winfrey were the world's pre-eminent physicists for a decade or so in the middle of their careers. And while Oprah hasn't yet carried out the most important diplomatic mission in America's history, maybe President Obama will appoint her Secretary of State.

Here's the list chosen by 2000 juniors and seniors, no Presidents allowed:

All I have to say is that Sojourner Truth must be feeling pretty ripped off not to make the list.

Seriously, the absence of Jackie Robinson on this list shows how feminized schools have gotten, which explains a lot about the much higher dropout rate among boys.

This list also might explain a bit about why Hispanics and Asians aren't getting excited over Obama's candidacy. They must be asking, "Black this and black that. Why aren't we getting our fair share of our own pseudo-heroes pounded into the brains of children?"

About 20 years ago, E.D. Hirsch's Cultural Literacy survey revealed that more high school students could identify Harriet Tubman than Stalin or Churchill. I recall William F. Buckley wondering who in the world Harriet Tubman could be. If she was more important than Stalin, how could he have gone his whole life without ever hearing of her? And if she wasn't important, why was she famous?

How naive we all were back then!

I first heard about Harriet Tubman in my elementary school reader around 1969 or 1970. I was fascinated by the concept of her Underground Railroad and couldn't wait for the part where the slaves tunnel their way from the South to Canada, although, as I recall, the story turned out to be disappointingly lacking in detail about how they built the locomotives and laid the track.

In contrast, here's The Atlantic Monthly's recent list of "100 Most Influential Americans," as chosen by various experts in a survey overseen, I believe, by Ross Douthat. The top Americans who weren't Presidents on The Atlantic's list were:

So, three overlaps (Ben, MLK, and Thomas Alva) in the top 10 but only 2 more (Einstein and Susan B. Dollar) of the students' list showed up anywhere on The Atlantic's top 100.