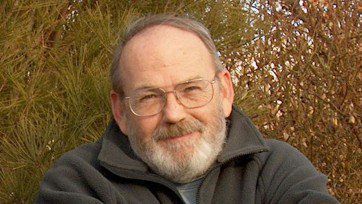 For West Coast programs that can afford the steep airfare, the best bet is to cast their nets even further west into the Pacific. Hawaii produced five NFL linemen, and tiny American Samoa (population: 67,190) produced six. Those who can't afford the flights to paradise may want to check closer to home in Salt Lake City, a metro area that produced five NFL linemen — including former Oregon great Haloti Ngata. Like Ngata, three of the other future NFL linemen who grew up in Utah are of Polynesian descent. Salt Lake City has a high Polynesian population because the Mormon church does extensive missionary work in the Pacific islands, and many families have relocated from the islands to Salt Lake City, where the church is headquartered.

Anthropology may help explain why so many good linemen developed in certain areas. Many of the linemen from west of the Rockies are of Polynesian descent. Polynesian cultures tend to produce large men capable of generating massive amounts of force. And with good reason. "Big, fast males sound like what ought to come out of centuries or millennia of social systems where there is direct male-to-male violence, but not where there are standoff weapons used in war like bows and arrows," University of Utah anthropology professor Henry Harpending wrote in an e-mail. "There was certainly this kind of violence on Polynesian islands, which were demographic pressure cookers."

Harpending is one of the authors of The 10,000 Year Explosion: How Civilization Accelerated Human Evolution, which argues that, contrary to popular belief, the advent of advanced societies didn't stop human evolution but actually kicked it into a higher gear. In a phone interview, Harpending called the development of the Polynesian islands "a unique experiment in human history."

"They were fighting for land," Harpending said. "There just wasn't enough arable land in most places. The records and the archaeology both show that there was just a lot of warfare, violence, turnover of chiefs."

Harpending wrote that it might be more difficult to explain the anthropological reasons for the explosion of players in the South without knowing more specifics about their ancestries. Most would be classified by the U.S. Census Bureau as black, and Harpending said most black Americans are descended from ancestors who lived in the tropical regions of central Africa. He wrote that throughout history, most violence in those areas tended to be "hand-to-hand," which would have produced large, fast, muscular males through natural selection. Like the Polynesians, ancient people in central Africa never favored the bow-and-arrow as a hunting or warfare tool. Harpending said archaeological evidence from central Africa shows the ancient residents preferred spears and bludgeoning instruments. In other words, the biggest and strongest would have survived the fighting to reproduce. "Bows and arrows kept the distance between people," Harpending said. "It decreased the premium on being big and strong