Government Instructs Immigrants on How to Mooch Benefits 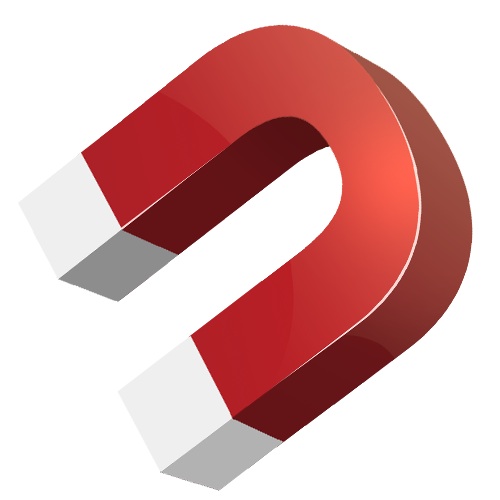 Welcome to the Land of the Free. . . Stuff! That’s the message being sent loud and clear by Washington to immigrants. No wonder they keep coming.

Not that long ago, a would-be legal immigrant was required to show he wouldn’t become a “public charge,” meaning newbies would be self-supporting, not mooching off taxpayer-funded benefits. In fact, that prerequisite was spelled out in the Immigration and Nationality Act:

But such legalities seem so un-compassionate and old-fashioned these days. The current atmosphere is one of welcome for new ethnic residents, in spite of 23 million American citizens being under- or unemployed.

Part of the new generosity (despite the nation’s $16 trillion debt) is illustrated by the government website, WelcomeToUSA.gov, providing instructions for newly arrived foreigners to rip off er, obtain welfare benefits.

“Welcome to USA.gov,” a website maintained by the Department of Homeland Security’s U.S. Citizenship and Immigration Services (USCIS), bills itself as the “primary gateway for new immigrants to find basic information on how to settle in the United States” — featuring a prominent section for new immigrants about how to access government benefits.

“Depending on your immigration status, length of time in the United States, and income, you may be eligible for some federal benefit programs,” the Web page reads.

The DHS page offers links to government websites that explain how to access benefits including food stamps, Supplemental Security Income (SSI), Medicaid, Medicare, Temporary Assistance for Needy Families (TANF) and the “official website with information on all available federal benefit programs,” with a nonworking link to Benefits.gov.

WelcometoUSA.gov also boasts to immigrants that “[f]ree public education for children is one reason many immigrants come to the United States.”

Though the website appears to advertise benefits, new immigrants are not necessarily eligible for the benefits displayed on the website; enrollment in SSI and TANF may also serve as impediments to future immigration status adjustments.
USCIS spokesman Bill Wright told The Daily Caller that the site is not intended to advise individuals on their eligibility.

“The website seeks to improve access to federal government information on the Internet by consolidating information into helpful categories and highlight new resources available to immigrants and the organizations that serve them,” Wright explained in an email.

Alabama Republican Sen. Jeff Sessions, the ranking member of the Senate Budget Committee, has taken a hard line against the federal government’s current open-door policy on immigrant welfare and believes DHS should take the Web page down.

“Some of these programs are clearly not available for immigrants,” Sessions told TheDC, “and it just creates confusion out there and suggests that if you can get into America, you can leave and get onto these programs, and from what we are seeing, many of these people are successful in getting on benefit programs that they are not lawfully entitled to.”

USCIS also offers new immigrants a guidebook to the United States, a portion of which details federal and state assistance programs including Medicare, Medicaid, TANF, food stamps, SSI and the State Children’s Health Insurance Program. The guide, available online and in print, is called “Welcome to the United States: A Guide for New Immigrants.”

“Most hospitals are required by federal law to treat patients with a medical emergency even if the person cannot pay,” the guide tips. It goes on to advise that while “[y]ou or members of your family may be eligible for other federal benefits” it depends on “your immigration status, length of time in the U.S., and income.”

Wright said the guidebook, like the website, is not intended to offer eligibility advice.
“The guide is an information resource that directs permanent residents to sources of available information on a range of topics,” he wrote in an email. “The guide contains practical information to help immigrants settle into everyday life in the United States, as well as basic civics information that introduces new immigrants to the U.S. system of government.”

A Republican Budget Committee staffer noted that the issue is not only the offerings without eligibility, but also the fact that the government is providing immigrants visas with the expectation that they will avail themselves of government assistance.

“One of the important points about the legal problems with the DHS site and materials is not only the issue of immigrant eligibility, but the fact that U.S. immigration officials are obviously granting visas to those they believe will and should be receiving government assistance,” the staffer wrote in an email to TheDC. “Immigration law is supposed to operate so that individuals at risk for being placed on public assistance are not admitted in the first place.

In fiscal year 2011, 0.068 percent of visa applications — 7,069 out of 10.37 million immigrant and non-immigrant applications processed by the State Department — were denied due to a dependency risk.

USCIS directs new immigrants to both the website and the guidebook.

“We advise all new permanent residents of the availability of the guide and the web site, WelcometoUSA.gov, when they receive their Permanent Resident Card,” Wright explained.

According to Sessions, it is inappropriate to promote government benefits to new immigrants who should be able to be self-sufficient when they arrive.

“Historically, the nation has understood that people who come to the country should not be dependent on the state,” he said. “And if you could not show that you were going to be independent, then you didn’t get admitted.”

Sessions noted that there is little enforcement of regulations that would ensure new immigrants are self-sufficient.

“From what we’ve learned from our inquiries from the government is that there’s virtually no enforcement — no attempt, no enforcement — of the need for the immigrant to be self-sustaining,” he said. “They’re turning down almost nobody because they don’t have a record, they’re not going to be able to take care of themselves. They’re turning down almost no one on the basis that they can’t take care of themselves financially, and the facts show very large numbers can’t. And very large numbers are getting benefits virtually as soon as they arrive in the country, and the government is advertising for them to do so.”

The heads of household from Mexico, Guatemala and the Dominican Republic constituted the highest users of welfare 57 percent, 55 percent and 54 percent, respectively. The heads of households with the lowest participation were from Canada at 13 percent, Germany at 10 percent, and the United Kingdom at 6 percent.