Opening up Google this morning I was confronted by the above graphic. Apparently the U.S. Women’s soccer team which won the World Cup over the weekend was all Black.

In fact of course the reverse was true. As Steve Sailer said in Not Much Diversity on US Women’s Soccer Team

They’ve added a second part-black woman, and maybe there is a part-Asian player or two. But, once again, the only Spanish-surnamed player is Beverly Hills-born Amy Rodriguez.

I am told Google is a much-loved company (unlike Facebook) but their mendacious logo choices (of which this is not the first example) makes clear that malign and dishonest anti-white forces are in control there too.

Below is a picture of the actual team. 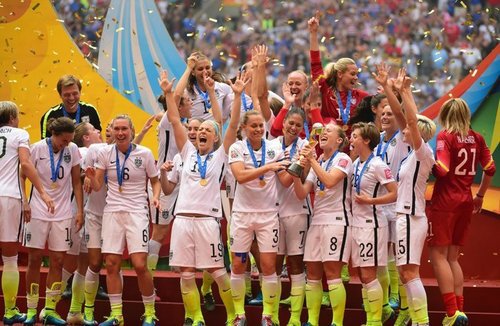