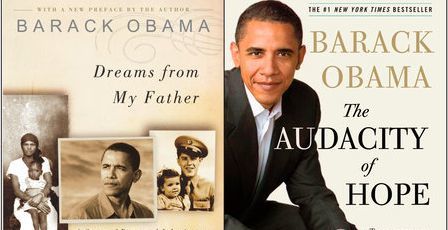 Here’s a brand new study of racial admixture and IQ scores. From Psych:

Abstract: Using data from the Philadelphia Neurodevelopmental Cohort, we examined whether European ancestry predicted cognitive ability over and above both parental socioeconomic status (SES) and measures of eye, hair, and skin color. First, using multi-group confirmatory factor analysis, we verified that strict factorial invariance held between self-identified African and European-Americans. The differences between these groups, which were equivalent to 14.72 IQ points, were primarily (75.59%) due to difference in general cognitive ability (g), consistent with Spearman’s hypothesis. We found a relationship between European admixture and g. This relationship existed in samples of (a) self-identified monoracial African-Americans (B = 0.78, n = 2,179), (b) monoracial African and biracial African-European-Americans, with controls added for self-identified biracial status (B = 0.85, n = 2407), and (c) combined European, African-European, and African-American participants, with controls for self-identified race/ethnicity (B = 0.75, N = 7,273). Controlling for parental SES modestly attenuated these relationships whereas controlling for measures of skin, hair, and eye color did not. Next, we validated four sets of polygenic scores for educational attainment (eduPGS). MTAG, the multi-trait analysis of genome-wide association study (GWAS) eduPGS (based on 8442 overlapping variants) predicted g in both the monoracial African American (r = 0.111, n = 2179, p < 0.001), and the European-American (r = 0.227, n = 4914, p < 0.001) subsamples. We also found large race differences for the means of eduPGS (d = 1.89). Using the ancestry-adjusted association between MTAG eduPGS and g from the monoracial African-American sample as an estimate of the transracially unbiased validity of eduPGS (B = 0.124), the results suggest that as much as 20%–25% of the race difference in g can be naïvely explained by known cognitive ability-related variants. Moreover, path analysis showed that the eduPGS substantially mediated associations between cognitive ability and European ancestry in the African-American sample. Subtest differences, together with the effects of both ancestry and eduPGS, had near-identity with subtest g-loadings. This finding confirmed a Jensen effect acting on ancestry-related differences. Finally, we confirmed measurement invariance along the full range of European ancestry in the combined sample using local structural equation modeling. Results converge on genetics as a potential partial explanation for group mean differences in intelligence.

… The purpose of the present study is to conduct an admixture analysis capable of addressing the aforementioned problems with previous studies. We focus on African and European-Americans because the former represent a population substantially admixed with the latter. Generally, African-Americans have around 20% European DNA [37,59–62]. Provided that our African-American sample is sufficiently variable in terms of European admixture, we should be able to detect whether an association exists between cognitive ability and admixture from the two parent populations (i.e., Africans and Europeans) and, if so, to what degree genetic admixture mediates the observed mean difference between the groups. Moreover, if the samples are representative of their respective populations (and statistical power is sufficient), a finding of no association would indicate that an evolutionary-genetic explanation of the gap is unlikely [26,63].
The present work uses a population-representative Philadelphia-based sample, the Philadelphia Neurodevelopmental Cohort (PNC), otherwise known as the Trajectories of Complex Phenotypes study (TCP).

This is an amazing fairly new database of 9498 people from 8 to 21 years old in the Philadelphia area for which they have genetic data, cognitive test results, and much else, such as parents’ education levels. For 1000 folks, they even scanned their brains.

The whites’ IQ scores were set to 100. The biracials averaged 98 and the blacks 85.3 on a scale where the standard deviation was set to 15.

Did I do the arithmetic right? I’m falling asleep, so please put corrections for this and the rest in the comments.

It would be interesting to compare upbringings of biracials. Is there an IQ difference depending upon whether they are raised by the white or black parent?

They wound up with an r = 0.41 for the correlation of the general factor of intelligence and percent of genetic European ancestry: However, as I’ve been pointing out since the early 2000s, there just aren’t all that many non-Hispanic Americans in the intermediate range between, say, 40% white and 90% white, due to the workings of the One Drop Rule. There are more than there used to be (we just elected one President), but we’re still not looking at a very satisfactory scatterplot.

The Missing Mulatto issue is that the American social system traditionally didn’t generate a lot of Malcolm Gladwell-looking people who are mostly white but a kind of a little bit black. As Gladwell explained in the last chapter of his 2008 book Outliers, middle-class mulatto Jamaicans (e.g., Kamala Harris’s economist dad) had to work really hard to keep their descendants’ genetics similar to their own.

In the U.S., the One Drop Rule tended to mean that descendants over the generations of mulattos tended to drift toward one pole or the other.

So their estimate of roughly 60% genetic are in line with mainstream realist thinking over the last few decades.

They don’t have the looks of the sample, so, and this part is kind of wild, they calculated what it ought to be from a federal law enforcement algorithm for estimating skin color and the like from genes:

The data did not include measures of appearance, so we opted to impute these based on genotypes. We used the HIrisPlex-S web application to do this (https://hirisplex.erasmusmc.nl/). This application was developed by the U.S. Department of Justice for use in forensic investigations. It imputes skin, hair, and eye color probabilities with a high degree of accuracy based on 41 SNPs (with overlapping variants; 6 for eye color, 22 for hair color, and 36 for skin color). This tool has been validated on thousands of people from diverse regions of the world[79].

The goal is to distinguish between two explanations for the IQ gap. Black academics often argue that our society has a colorist bias that privileges fairer-colored blacks. Whites tend to have a hard time believing that, since it contradicts the One Drop Rule by which most whites categorize most blacks. If you could find people who, due to randomness, look blacker or whiter than their actual ancestries could predict, you might make some progress on answering this question.

One confounder of that could be high IQ all black immigrants from Africa:

Recent immigrants from Africa in the sample may have affected the scores reported here as migrants may have been selected for cognitive ability when they emigrated from their home countries. As such, we conducted a robustness test by rerunning the analyses excluding individuals with one percent or less European ancestry. This exclusion did not substantially affect the results (reported in the R notebook, Model 17b). Thus, confounding due to migration likely did not influence our findings.

Overall, they come up with