Glenn Reynolds On Rent-A-Mobs: "If You Really Want To Make [Axe Handles] A Fashion Accessory On The Right, Lefties, You’re Going About It The Right Way"

In a recent article about self-defense against Antifa, etc, Thomas Meehan suggested bringing an ordinary wooden cane to a rally, rather than "anything that looks like a cudgel or shillelagh ", which police might confiscate. We illustrated this with pictures of an ordinary drugstore cane, left and one of the Cold Steel company's Irish Blackthorn walking sticks, which really does look like a shillelagh. It's not actually made of blackthorn wood, but of a nearly unbreakable plastic. If you seriously mean to hit something with a stick, Cold Steel products are the best. 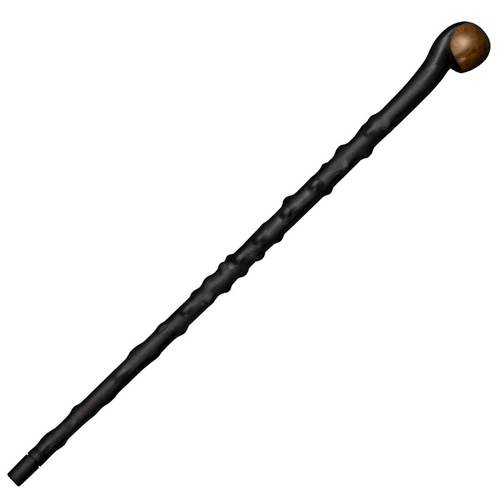 However, considering our recommendation about mild and even harmless looking defensive tools, I was surprised to see this from Glenn Reynolds of Instapundit:

BROWNSHIRTS ON PARADE: BREAKING: Protesters Storm Heritage Foundation. “As the protesters were taken out from the lobby, they all chanted in unison ‘We’ll be back.'”

At least it wasn’t Antifa. But if you really want to make these a fashion accessory on the right, lefties, you’re going about it the right way.[Instapundit, April 25, 2017]

What he's linking to on "these" is the "Seymour 100-04 36-Inch Wax Finish Single Bit Curved Grip Axe Handle" pictured right.

What surprises me about that is that axe handles are historically associated with Lester Maddox and his refusal to desegregate his Pickrick Restaurant—something of which I'm certain Reynolds disapproves. (Maddox's resistance ultimately proved useless, but it was popular—it got him elected Governor of Georgia from 1966 to 1971.)

Reynolds goes on to echo Peter Brimelow's repeated concerns about the return of violence to American political life:

I don’t think that will turn out well, though. This country worked hard to build a culture of peaceful, respectful political disagreement, and you’re flushing it without thinking about the consequences, just because of feelz. And because people are being paid to organize it.[Instapundit, April 25, 2017]

It shows that between BLM riots and murders, Antifa attacks on free speech, and these leftist rent-a-mobs, people are being radicalized that you wouldn't expect. See also  “Run Them Down”–INSTAPUNDIT’s Glenn Reynolds Suspended For Tweeting While White.