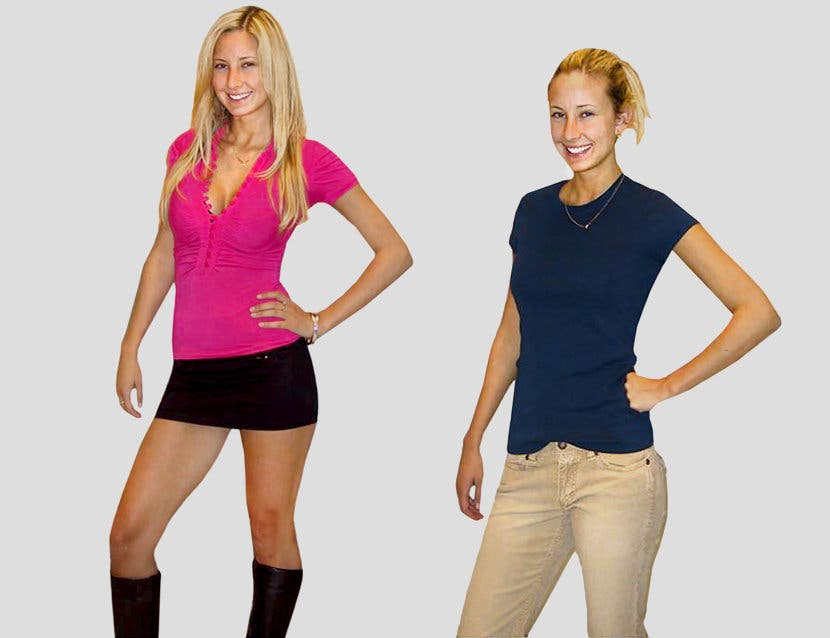 John Tierney writes in the NYT:

A Cold War Fought by Women

How aggressive is the human female? When the anthropologist Sarah B. Hrdy surveyed the research literature three decades ago, she concluded that “the competitive component in the nature of women remains anecdotal, intuitively sensed, but not confirmed by science.”

Science has come a long way since then, as Dr. Hrdy notes in her introduction to a recent issue of Philosophical Transactions of the Royal Society devoted entirely to the topic of female aggression. She credits the “stunning” amount of new evidence partly to better research techniques and partly to the entry of so many women into scientific fields once dominated by men.

The field of evolutionary psychology (i.e., the study of sex differences) is a product of academic gender diversity. For example, the name was made up by the husband-wife team of John Tooby and Leda Cosmides.

... Now that researchers have been looking more closely, they say that this “intrasexual competition” is the most important factor explaining the pressures that young women feel to meet standards of sexual conduct and physical appearance.

... To see how female students react to a rival, researchers brought pairs of them into a laboratory at McMaster University for what was ostensibly a discussion about female friendships. But the real experiment began when another young woman entered the room asking where to find one of the researchers.

This woman had been chosen by the researchers, Tracy Vaillancourt and Aanchal Sharma, because she “embodied qualities considered attractive from an evolutionary perspective,” meaning a “low waist-to-hip ratio, clear skin, large breasts.” Sometimes, she wore a T-shirt and jeans, other times a tightfitting, low-cut blouse and short skirt.

In jeans, she attracted little notice and no negative comments from the students, whose reactions were being secretly recorded during the encounter and after the woman left the room. But when she wore the other outfit, virtually all the students reacted with hostility.

They stared at her, looked her up and down, rolled their eyes and sometimes showed outright anger. One asked her in disgust, “What the [expletive] is that?”

Most of the aggression, though, happened after she left the room. Then the students laughed about her and impugned her motives. One student suggested that she dressed that way in order to have sex with a professor. Another said that her breasts “were about to pop out.”

The results of the experiment jibe with evidence that this “mean girl” form of indirect aggression is used more by adolescents and young women than by older women, who have less incentive to handicap rivals once they marry. Other studies have shown that the more attractive an adolescent girl or woman is, the more likely she is to become a target for indirect aggression from her female peers.

“Women are indeed very capable of aggressing against others, especially women they perceive as rivals,” said Dr. Vaillancourt, now a psychologist at the University of Ottawa. “The research also shows that suppression of female sexuality is by women, not necessarily by men.”

Stigmatizing female promiscuity — a.k.a. slut-shaming — has often been blamed on men, who have a Darwinian incentive to discourage their spouses from straying.

As I've been saying for a long time, contemporary feminism is quite simple:

• If men are at fault for you not being able to do whatever it is you want to do, blame men.

• But if women are at fault, blame society or American culture or the media or institutional sexism or whatever.

But they also have a Darwinian incentive to encourage other women to be promiscuous. Dr. Vaillancourt said the experiment and other research suggest the stigma is enforced mainly by women.

“Sex is coveted by men,” she said. “Accordingly, women limit access as a way of maintaining advantage in the negotiation of this resource. Women who make sex too readily available compromise the power-holding position of the group, which is why many women are particularly intolerant of women who are, or seem to be, promiscuous.”

It's cartel behavior: How are we going to keep the price up if you keep giving it away?

It's also cartel behavior intended to keep down the cost and time invested in appearances. Hair care, for example, can chew up a lot of a woman's day. If you are a woman, would you rather live in a culture where all the women wake up a half-hour early to do their hair (e.g., Italy, Dallas) or one where everybody sleeps in (e.g., Sweden, Boston)? The latter, certainly.

So, cartels form of women who agree to limit their competitiveness over men. But they have to be constantly checking for cheaters