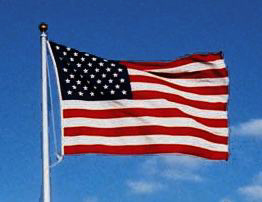 Congrats to Georgia for supporting American sovereignty in the face of a clueless Washington and the open-borders media complex.

In answer to the question, "What can citizens do when their federal government refuses to enforce its own laws," legislation on the state level is a viable option to protect law, borders and jobs.

ATLANTA (AP) - Georgia Gov. Nathan Deal, calling it "a rather historic moment," on Friday signed a bill that cracks down on illegal immigration in the state by increasing some enforcement powers and requiring many employers to check the immigration status of new hires.

"While I believe immigration is an issue that can ideally be identified and addressed - and should be addressed- at the federal level, this legislation I believe is a responsible step forward in the absence of federal action," Deal told reporters who crowded elbow-to-elbow into his office for the signing.

The new law - the subject of heated debate in the Legislature - shares some similarities to a controversial law enacted last year in Arizona and another enacted this year in Utah. Part or all of those two laws have been blocked by federal judges, and opponents have said they'll sue to try to block Georgia's law.

It authorizes law enforcement officers to check the immigration status of certain suspects and to detain them if they are in the country illegally. It penalizes people who knowingly transport or harbor illegal immigrants and makes it a felony to present false documents or information when applying for a job.

A group of about 20 protesters, their arms linked to form a human chain, stood outside the governor's office after the signing chanting "Shame on you" and "We won't leave" before moving outside to join another several dozen on the sidewalk outside the Capitol for an impromptu rally. They are planning a town hall meeting Friday evening and are also pulling together plans for a summer of action, including a work stoppage on July 1, the day most parts of the law are set to take effect, and a march in Atlanta the following day.

"HB 87 was signed today, but our work continues," Lisa Adler of Amnesty International told the crowd gathered outside the Capitol.

A requirement for private employers to use a federal database called E-Verify to check the immigration status of new hires is set to be phased in, with all employers with more than 10 employees required to comply by July 2013.

Opponents of the measure say it could lead to racial profiling and could harm the state's economy, while supporters say it's necessary because illegal immigrants are a drain on Georgia's resources.

Rep. Matt Ramsey, R-Peachtree City, who joined the governor at the signing, said getting the bill through the Legislature was "one of the longest, toughest debates that I've ever been a part of."

"This is a good day for Georgia taxpayers and that is exactly who we're standing here on behalf of today," he said.

Deal said he doesn't believe convention organizers and individuals will boycott the state as a result of the law.

"I believe that most people understand that a state that is doing what is within its power to do to protect its citizens and its taxpayers should not be at any point punished," he said. "The costs of illegal immigration, in my opinion, far outweigh any of the dangers that may be threatened by boycotts."

A federal judge on Tuesday blocked a similar law enacted this year in Utah after civil liberties groups sued to keep it from entering into effect. That judge cited similarities to the most controversial parts of Arizona's law. A hearing is set for mid-July to determine whether an injunction will be issued or the law can go into effect.