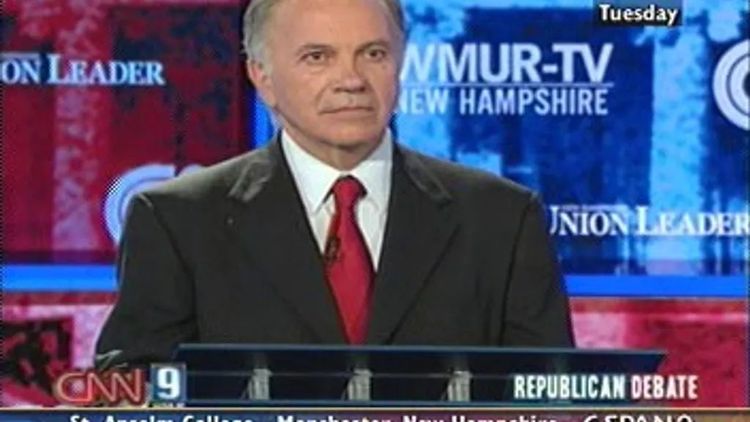 In the Republican Debate, George Stephanopoulos was the questioner, and it seems that immigration didn't come up for some reason.

However, during a question about health care, Tom Tancredo did mention this:

And not only that, but let’s do something about the 12 million to 20 million illegal aliens in this country that are taking a large part of our health-care dollars.[Transcript]

Which got applause, of course, as you might expect. The only other mention of immigration, which is a HUGE NATIONAL ISSUE, was when Huckabee mentioned that as President, he'd protect the borders. That's minimal, of course, but it's better than the current Republican President can manage.