Plea deals are another way that victims and the public get shortchanged by the justice system. Prosecuters like avoiding the bother of organizing evidence for a trial. But citizens miss out by not learning all the details of terrible crimes (see the murder of Mary Nagle), which would viscerally educate about how illegal immigration is not a victimless crime. 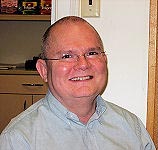 Sadly, the drunk-driving killer of George Smith will only receive 2-3 years in jail due to the confluence of the plea deal plus North Carolina state sentencing guidelines.

"I will never forget the feeling of dread I experienced when I saw that big black Tahoe swerving across the median racing towards my car.," Hageman said. "I was powerless to get out of the way and knew it was going to crash into me. I will never forget what it sounded like when I was hit, the metal crushing or the horrid smell of the airbag when it deployed."

"What really impacted me most after I found out about his death is how many people considered him their best friend," Chris said.

Some of those people sat in the courtroom holding up pictures of George. [Illegal immigrant charged in fatal DWI gets minimal sentence, WTVD-TV Raleigh/Durham 11/15/07]

The death of George Smith was another preventable crime that need not have happened if the government had done its job of securing the borders (as promised in Article 4 Section 4 of the Constitution).