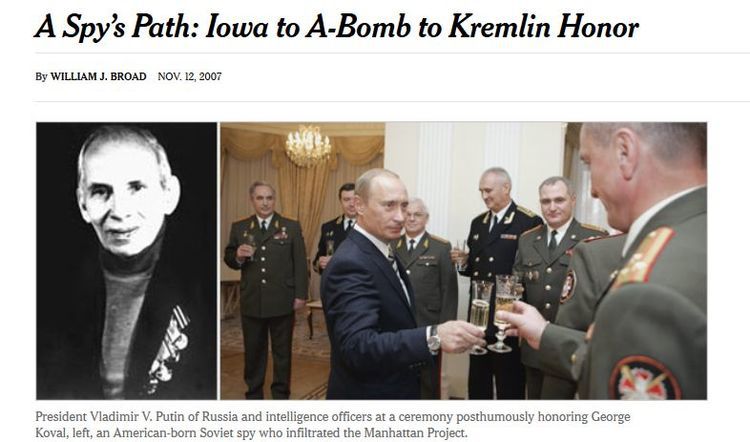 Just this weekend, we poor dumb Americans finally learned for the first time about one of the most important Soviet atomic bomb spies: George Koval, a GRU-trained agent who penetrated the Oak Ridge and Dayton atomic bomb manufacturing plants, then fled back to the Soviet Union in, apparently, 1948.

The U.S. government interviewed people who knew him, but then swore them to secrecy. In other words, there was a U.S. government cover-up of this horrific breach of security that lasted for over half a century until this month, according to the NYT:

"On Nov. 2, the Kremlin startled Western scholars by announcing that President Vladimir V. Putin had posthumously given the highest Russian award to a Soviet agent who penetrated the Manhattan Project to build the atom bomb."

And, it seems highly likely that Koval's handler or handlers within our government are still being covered up for. So, is it time to rewrite the history of the McCarthy Era as well?