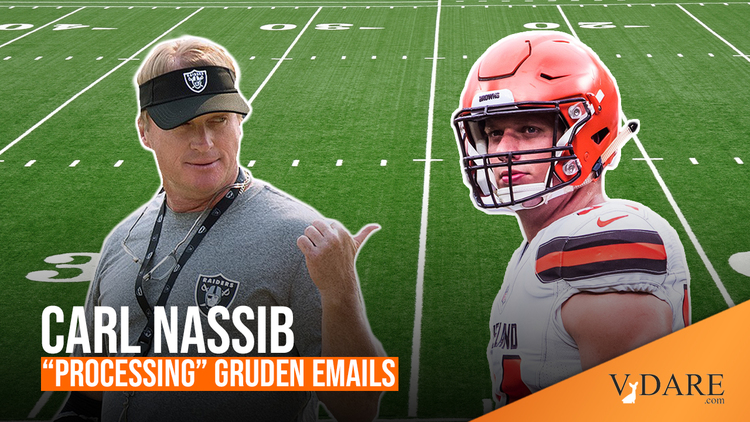 “He just said he’s got a lot to process, there’s a lot that’s been going on the last few days, and of course we support that request,” Mayock said, addressing media for the first time since Gruden resigned on Monday.

Mayock said he’s already had multiple conversations with Nassib, and planned do meet with him after the Wednesday press conference.

Sixty years ago, Sidney Poitier was a big movie star because he was A Credit to His Race who did not act in a stereotypically black way. Today, however, the most admired black man is George Floyd.

Similarly, in the past, one might have expected the first out-of-the-closet NFL player, when pondering whether or not to throw a huge hissy fit over emails just before a game, to have asked himself: What Would Butkus Do?

But the War on Stereotypes has been won so utterly that gays can now act like stereotypical wussies and everybody calls them “so brave."