I haven't shaken out the email bag for a while. Here are a few recent contributions.

Cool at last. Concerning my February 28th Radio Derb, with sounds of a lively dinner party going on in an adjacent room, a listener emailed in:

For reasons I cannot explain, you doing Radio Derb secreted away from a dinner party, with dinner party noise intruding, well, I don’t know why, but you just seemed like the coolest dude on the planet at that moment.

1. Gets invited to a dinner party. Already, some social status with people well-off enough to have dinner parties as opposed to watching football with potato chips and beers.

2. Excuses himself from the dinner party because he has a much larger party to attend. Dinner party attendees not only understand, but grant space on site for Derb’s party within a party.

Don't know why but the image was just so cool.

That warmed my heart. I've been trying to be one of the cool kids since the Eisenhower administration. Now I've made it. Cool at last!

That was a great party, too. I hated to pull myself away. I won't embarrass the diners by giving names; but if I did, you'd know them. 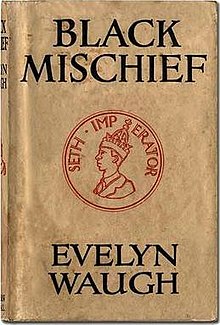 I dunno. A senior moment, I guess. Or, as I am just now starting to hear people say, a Biden moment.

Some other readers grumbled that I didn't mention the innumerable emperors, bishops, and saints named Basil (or Vasily, Wassily, Vasileios, etc.) in the Orthodox realm. Didn't I know about them?

Of course I knew about them. I was focusing on Anglosphere Basils, that's all.

And I still think that finding out Mick Jagger's dad was a Basil may be the crowning point of my career as an investigative journalist. Wikipedia missed it.

A physicist writes.  I had fun with the supersymmetric companion particle to the positron: the spositron. Me, at 40m37s here: "A spositron. Say it with care, and write your own jokes."

A correspondent advises me that "the supersymmetric partner of the W boson is a Wino (sadly pronounced Weeno) which comes in with positive or negative electric charge."

Good to know. Where are all the spositron jokes, though? Have physicists lost their sense of humor?

The bartender says: "We don't serve your kind in here."

Two tachyons walk into a bar.

A neutron walks into a bar, orders a beer, asks, "How much is that?"

Ducks and locusts.  In my February 28th podcast I included a segment on the plague of locusts threatening food supplies in East Africa and West Asia. The Chinese, I reported, have come up with a plan to counter the swarms:

At least 100,000 ducks are expected to be sent to Pakistan as early as the second half of this year to combat a desert locust outbreak, according to Lu Lizhi, a senior researcher with the Zhejiang Academy of Agricultural Sciences. The ducks are "biological weapons"; and can be more effective than pesticide, said Lu, who is in charge of the project in tandem with a university in Pakistan.

"One duck is able to eat more than 200 locusts a day," Lu said in a telephone interview on Thursday. [Army of 100,000 Chinese Ducks Ready to Fight Locust Swarms by Alfred Cang; Yahoo Finance, February 28th 2020.]

I then wondered aloud:

What happens when the ducks have eaten all the locusts? What will they eat then?

Couldn't the hungry Africans just eat the locusts?  Not trying to be funny here.  Africans eat bugs already.  The locusts seem to be asking for it. Lemons/lemonade.  Or are locusts yucky for some reason?

"Not trying to be funny"? Yeah, right.

A listener from Down Under tells me that locusts, coronaviruses, and the rest are mere amateurs. The future belongs to cane toads.

Mr Derbyshire: I thought you might be pleased to know that the tradition of Pancake Day is alive and well in Newfoundland. But here we make the Pancakes in the fluffy American tradition, and on Pancake Day (and only on Pancake day) they are cooked with coins inside. You get to keep whatever coins you find inside your pancake.

Thank you, Sir. But do people still put coins in comestibles? We used to do it when I was a kid, threepenny bits in our Christmas pudding.

(Those were the old silver threepenny bits. To put the ugly, dull-colored, newfangled dodecagonal ones in your Christmas pudding was a gross, unforgivable breach of culinary etiquette.)

I suspect that if you put coins in food now and served it up to a tableful of kids, your local Trial Lawyers Association would descend on you like a cloud of locusts.