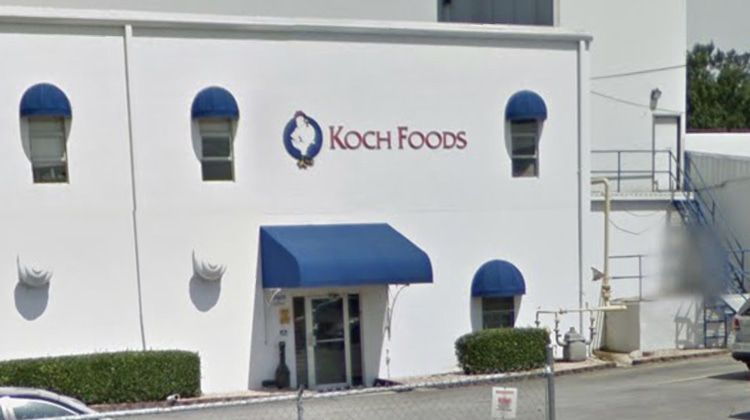 This is an illustration of what happens when the government begins to enforce the law. It scares other lawbreakers.

From the Atlanta Journal Constitution:

Mississippi has put Gainesville on edge.  Spanish-language media reports that hundreds of poultry workers in Hall County walked away from their jobs Thursday, in response to rumors of ICE raids on local processing plants -- raids that didn’t happen.

The Mississippi raids were well-executed but afterwards they wound up releasing half the detainees. Bad move.

But the raids themselves were carried out swiftly and struck fear among lawbreakers outside of the state. That's how it's supposed to work.

“Our phones were blowing up with concerns,” said Jerry Gonzalez, executive director of the Georgia Association of Latino Elected Officials.

The panic came in the aftermath of last week’s raid on five poultry plants in Mississippi, in which 680 immigrants believed to be working without legal documentation were taken away in one of the largest single-state actions ever conducted in the U.S.

Univision 34 Atlanta quoted Adelina Nicholls, executive director of the Georgia Latino Alliance for Human Rights, as saying the organization had made an inspection tour of the Gainesville plants and determined there was no ICE presence.

The Jolt: In Gainesville, poultry workers vanish amid rumors of Mississippi-style raid, August 16, 2019

Oh, so the "Georgia Latino Alliance for Human Rights" made "an inspection tour" to see if there were any ICE agents? So where do they get that authority?

The defenders of foreign lawbreakers arrogantly carry out "an inspection tour" to ferret out government agents enforcing the law. That's today's America.

Gonzalez [director of Latino officials group, see above] said rumors of a raid might have been started by the recent dismissal of several poultry workers. “We heard from folks that work in the plants that ICE has been sending out ‘no match’ letters, and they’ve been firing folks,” the GALEO director said.

The poultry plants use E-Verify, an internet-based system that allows them to confirm the eligibility of their employees to work in the United States by matching names, Social Security numbers, and birth dates.

“The community was thinking that something was going to happen, because they thought the employers were working to protect themselves, to demonstrate they were trying to comply,” Gonzalez said.