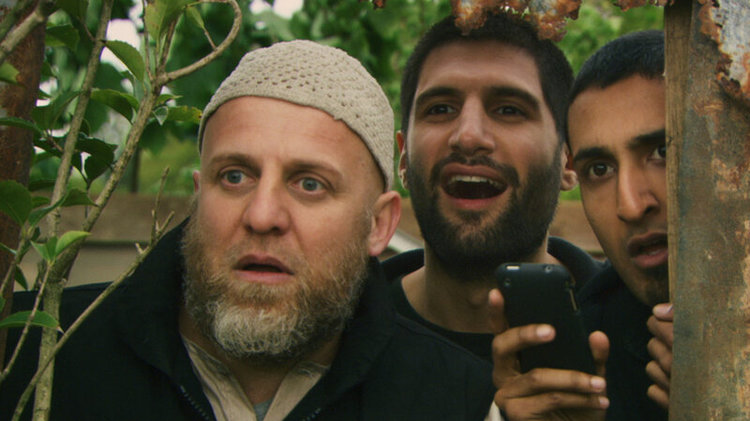 In WWII and the Cold War, we faced enemies of the caliber of Wernher von Braun and Andrei Sakharov. In the War on Terror, however, a strikingly large fraction of Muslim would-be terrorists, such as the recent Underpants Bomber and the Times Square Fizzler, are screwups. ...

Directed by Chris Morris, who is apparently legendary in Britain for his TV satires (I confess to never having heard of him before), Four Lions is a British buddy comedy about five Muslim yobbos in Sheffield peer-pressuring each other into staging a terrorist attack on ”unbelieving Kafir slags.” (The quintet is culled to the titular four when one, carrying explosives made from hydrogen peroxide purchased at the corner shop, trips over a sheep. CNN subsequently headlines: ”ASIAN MAN’S HEAD FALLS OUT OF TREE.”)

The movie reminds me of when Greg Cochran would tell me, "Terrorists are idiots. Now, if I were a terrorist —" and I would exclaim, "No, don't tell me! I don't want to know. Don't even say it out loud! Echelon could be listening in."