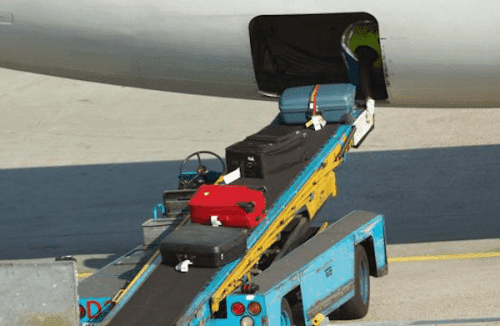 After the recent crash of the Russian airliner caused by an apparent on-board bomb, the baggage handlers in Egypt have come under suspicion since the plane blew apart in the sky: Black boxes show bomb brought down Russian jet (CNN).

Former CIA Director James Woolsey recently observed, “There is a reasonably good chance” that a similar attack will occur to an American plane, because many baggage-handers “are foreign nationals who just have worker visas.” They used to be vetted, but no longer are.

It’s not like jihadists like American airplanes as a target or anything. The 9/11 attacks only killed thousands in our major cities using passenger planes as a weapon.

On Friday James Woolsey appeared on Fox News to discuss the terror attack.

WOOLSEY: Well, I would say that it definitely can happen here, and there is a reasonably good chance that it will, in part because of the way we are now hiring airport workers. They used to be vetted, but now quite a few of them are foreign nationals who just have worker visas; they’re treated like agricultural workers. And you can do a lot more damage in the baggage-handling area of an airline than you can if you’re a terrorist than you can in the middle of a wheat field.

HEMMER: That is that is quite a statement sir, based on the employees who are working on behalf of the airports and the TSA?

WOOLSEY: There are 12 to 13, I don’t know about TSA but in the baggage handling areas, there are 12 to 13 airports, Phoenix Arizona Detroit and so forth around the country where a company — ISS — is hiring lots of foreign workers that are not vetted has come to be in charge of the baggage handling areas. And it’s just not a sound policy to treat workers in a really dangerous area where they could create a lot of danger is not right to treat them as if they’re agricultural workers, and that’s what the Obama administration is doing.