Foreign Criminals Make Out Like Bandits in Senate Amnesty

We Americans have long been led to believe that the whole idea of our representative government is based upon the idea that we citizens have equality under the law.

Lately, not so much, particularly when citizens’ rights are compared with the lawbreaking foreigners whom the Democrats admire so much. In many ways, criminals are better off.

FAIR assembled a comparison of punishments (or lack thereof) for various crimes, and clearly the law is not as onerous toward llegal alien criminals and scofflaws as it is for citizens. The attitude is to coddle foreign lawbreakers, not punish and deport them.

What’s particularly disturbing is the disregard of public safety, as shown by the plan to amnesty dangerous foreigners who drive drunk, commit assault and are criminal gang members.

And the disrespect toward law-abiding citizens and legal immigrants might make some look for a reassignment of status for a more fortunate category. What’s Spanish for “Crime Pays”? 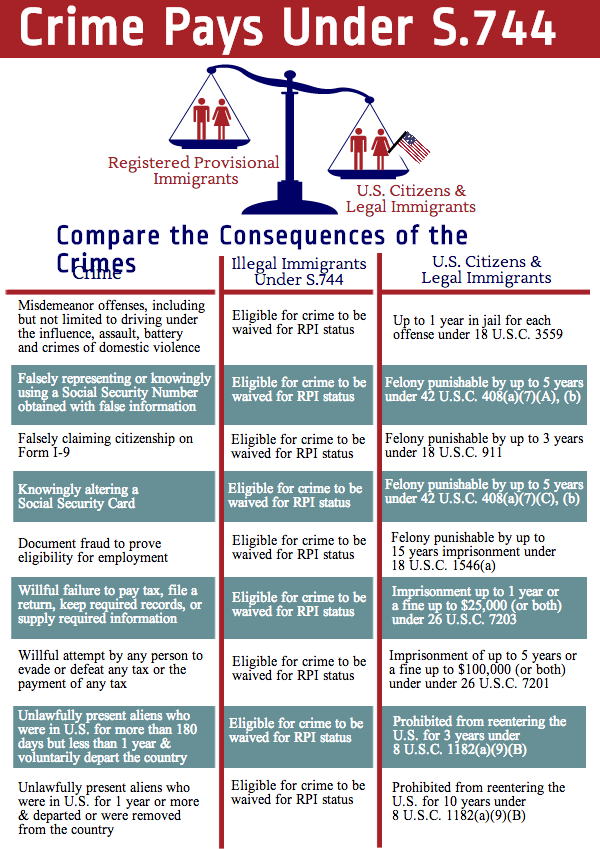