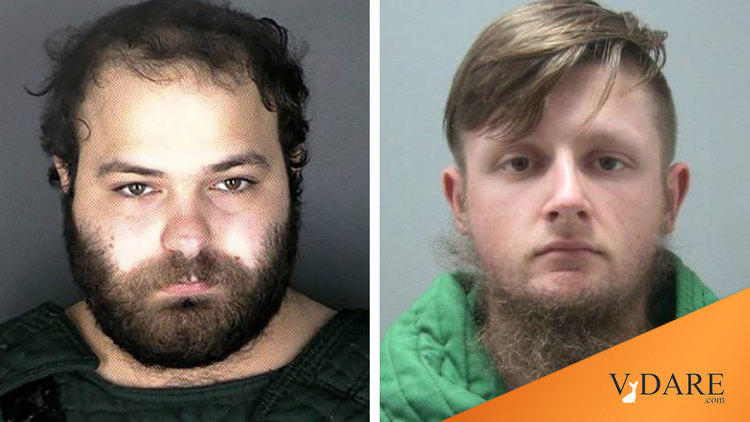 For Those Keeping Score, That's *Two* Mass Shootings That Would Not Have Happened But For Uncontrolled Immigration

The Georgia shootings of eight people—mostly Asian prostitutes, and committed by a white man—were set up by open immigration.  The Asian women would not have come  to the United States under what the Washington Post describes as an 1875 law banning women from China and Japan bound here for "lewd" purposes:

“During a two-year period from 2011 though 2013, police conducted seven undercover stings at Gold Spa, making a total of 10 arrests, according to the reports. The arrests were all of women.” https://t.co/HSBxKtgdOB

The dirty secret—which helps explain why, outside of Nevada, you don't really have open and notorious white brothels—is that white men don’t envision their white sisters, mothers or daughters in the faces of the prostitutes when going for "service."  So it's easier for them sin, and easier for the rest of us to ignore.

It's a fine example of how all races tend to "dehumanize" those in other racial groups, in ways we'll never get around.

The Colorado shootings of ten people, meanwhile, would not have happened if we weren't allowing Syrian Muslims into the country.  Wasn't there a presidential candidate who sent out shockwaves by proposing a ban on ALL Muslim immigration?

Was that such a crazy, racist idea?

Drizzled over both cases are the hard human clashes that inevitably go with racial and ethnic mishmashing.

Rivers of blood are real.

Yet nobody says anything.