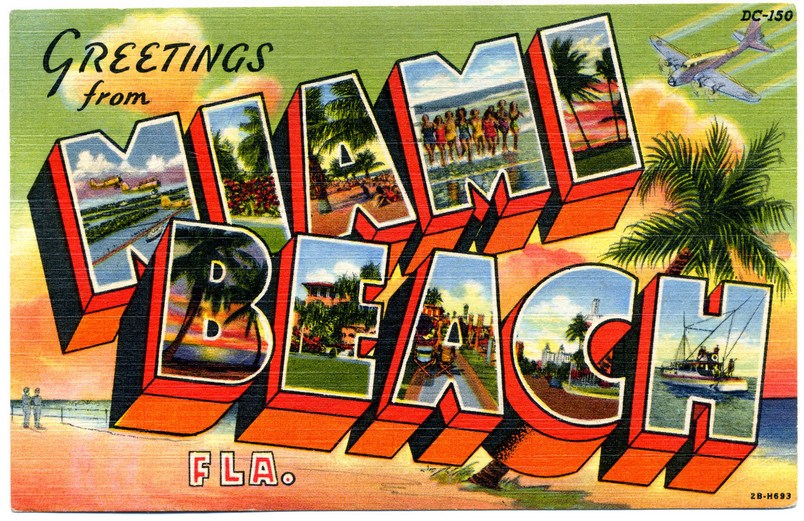 South Florida has been afflicted with a special mix of Caribbean diversity in addition to the usual gaggle of foreign lawbreakers. So in addition to dealing with drug smuggling, welfare mooching (Medicare fraud a local specialty!) and job thievery, the remaining Americans must endure practices like the cruel slaughter in the night of horses to supply Cuban and other immigrants with horsemeat for which they pay top dollar.

Another diversity-enhanced practice is animal sacrifice, used by Santeria and voodoo. A recent report indicates that ritual killing in the name of religion has spread from immigrant enclaves to appear in the more affluent area of South Beach.

Let’s hope that ritual slaughter in America remains limited to animals. Immigrants have brought human sacrifice to Britain, most well known in the case of Adam, found as just a torso in London’s Thames River near Shakespeare’s Globe Theater. It took years for police investigators to learn the identity of the five-year-old boy, that he had been brought from Nigeria just days before he was drugged, killed and cut into pieces. See my blog Decade-Long Mystery of Adam Is Semi-Solved for the disturbing details.

The murder of albinos for body parts to be used in witchcraft ceremonies has been an ugly problem in Tanzania and elsewhere in Africa.

Just chickens and goats are being sliced and diced in America. . . so far.

During a routine check around a waterfront condo on South Beach, a security guard on Sunday found the unexpected: A dead goat and some roosters, all headless.

“I was looking in the water, and I see this blue bag and it looked like a leg of a goat coming out and some feathers,” said Karim Mora, the guard. “So right there, I knew what it was.”

The animals’ bodies were found floating near luxury condos on one side of the waterway, and celebrity-filled star island just across the way.

Whether the dead animals had anything to do with Santeria, the religion that at times includes animal sacrifices, was unclear.

But Richard Couto, an animal activist and investigator with Animal Recovery Mission, a nonprofit, said he suspected the animals were religious sacrifices and said he sees it all the time across South Florida.

The location this time was especially surprising, said Couto, who responded immediately to where the animals’ bodies were found Sunday.

“We are getting more calls of animals getting sacrificed in Miami Beach,” Couto said. “But I have never found them in the middle of South Beach, just blocks from Ocean Drive.”

He said it shows this goes on everywhere in this community, regardless of whether it’s in a low- or high-income neighborhood.

The U.S. Constitution protects the humane killing of animals in religious ceremonies.

But Couto said in some cases, the animals are unimaginably tortured.

“They are being hog-tied, bagged, at times placed in hot trunks for transport,” he said. “They are thrown in garages for days upon days until the ceremony takes place without food, without water. Imagine the fear that went into this animal.”

Sunday’s discovery shocked residents who live in nearby buildings, many of them saying they were animal lovers themselves.

“It’s shocking and it’s sad,” said resident Renee Welch. “I feel sorry for the animals. A lot of people aren’t aware that things like this are going on around them. ”

Couto said it would be almost impossible to find the person or people responsible for the animal killings. The bag could have floated down from many places.

“Handle the animals properly and dispose of them properly,” Couto said. “You cannot throw these animals into the ocean. It’s a health issue for the public and, you know, it’s just wrong.”