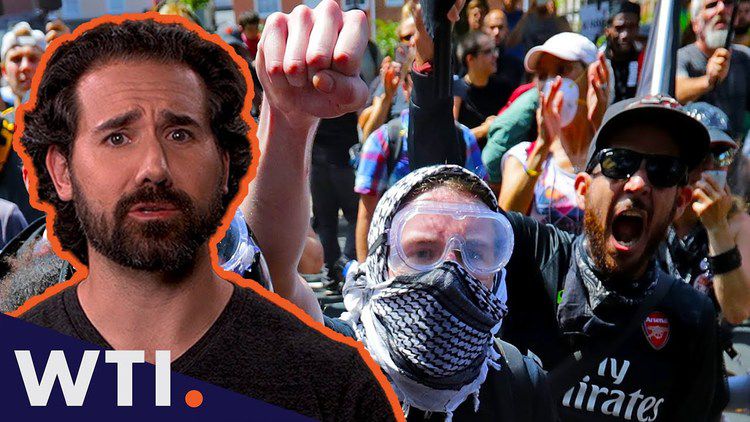 Five Reasons We Need Hate Speech, According To Lou Perez at Cato—And A Few Responses

It's been up almost a year now, but Cato's Lou Perez hosts this short documentary Five Reasons We Need Hate Speech.

I liked the provocative titling, though the video is couched in the tiresome formulation:  Hate Speech is Bad!  But We Shouldn't Ban It!  Because That Will Make It Stronger!

"Listening to Nazis or white supremacists isn't my idea of a good time", Perez snorts, while flashing images of Hitler and Richard Spencer.

Yes, there are a handful of examples involving homosexuality, transgenderism and Palestinians, but you can’t analyze the “hate speech” issue without tackling its real driver.

And Perez does not wrangle with whether what he calls “hate speech” is truthful, or whether it’s a legitimate category to begin with (which it isn’t).

The five reasons, and my thoughts:

The problem with this "reason" is that it presumes the badness of "hate speech", and that instead of treating free speech as a pure good by itself, we have to strategize its employment as a way to... lessen certain kinds of it.

In other words, this isn't actually a defense of free speech.  It concedes that "hate speech" is bad and that ideally, it would go away.

This justification will crumble if the desired levels of “good” and “bad” speech are not achieved, so I can’t really take it too seriously.

Also, I think that on a practical level, shutting down disfavored speech... shuts it down. When Jared Taylor is banned from Twitter, he’s gone.

Nadine Strossen, quoting someone else, tells viewers that all great truths begin as a blasphemy.  Indeed!

I’m not sure it's as easy as the sticks-and-stones taunt from the schoolyard.  Of course powerful speech can compel people to action.  Which can include violence.

A fuller reckoning with reality would acknowledge this but continue to defend speech nevertheless.

The idea being that we can't sharpen our counter-arguments for racial equality and social justice (odd goals for libertarians, but whatever).  It’s another way of conceding the badness of hate speech.

Because in the end, when we get our feelings out, we can then all come together in a big group hug.

The bigger reality is that free speech — like so many other cherished American traditions — becomes impossible in a society that is so racially diverse, nobody can even agree on the rules of engagement.