Here's a great John Kass column from the Chicago Tribune on February 14, 2009 (or as the day is known in Chicago history, St. Valentine's Day) that's highly relevant to the Ricci case. The background is that in the 1990s, Chicago spent a fortune on devising the perfect unbiased police and fire promotion civil service tests. When the test creation process was complete, everybody in Chicago agreed that, finally, a non-discriminatory test had been perfected. Of course, it turned out that whites ended up earning 95% of the scores high enough for promotion, so a political firestorm ensued. For a while, Mayor Richard M. Daley stoutly defended a test on which no expense had been spared, but eventually he caved in and announced that some of the top scorers would get promotions but other worthies would get promotions too, based on "merit" in order to bring "diversity" to leadership positions. This "merit" system was extended to firefighters.

A much more sophisticated system than the simple-minded one under which Frank Ricci earned a promotion, no? So much more thoughtful and nuanced! Who cares about Civil Service laws against political hackery and nepotism when the concept of diversity is at stake?

In what squeaky-clean city would a fire department lieutenant known as ”Matches,” convicted of multiple arsons–including one sparked at an elementary school–feel that he’s still entitled to his taxpayer-funded pension of $50,000 per year?

It’s Chicago, which must be the epicenter of political reform now that Mayor Richard Daley’s guys are running the White House and the U.S. Census, and are about to wet the beaks of federal road and bridge contractors.

It’s also the same city where you’ll need 28 quarters in your pocket just to park for two hours at a metered space, thanks to Daley’s new parking deal. But perhaps the only Chicagoan with pockets thick enough for that many quarters is none other than the famous John ”Quarters” Boyle himself.

Years ago, Quarters was convicted of stealing millions of dollars in quarters from the state toll roads. After his punishment, he received a cushy city job. Daley told me politics had nothing to do with it, but all the while Quarters was getting out the vote with The Coalition for Better Government, a pro-Daley patronage army of payroll hacks, tough guys and felons.

Sadly, Quarters is now back in federal prison, this time for taking more than $200,000 in bribes in the mayor’s Hired Truck scandal. But Quarters is keeping his mouth shut. And as he sits tight, his brother wants a pension.

Oops! I’m such a chumbolone that I forgot an important detail: The convicted bribe-taker John ”Quarters” Boyle and the fire lieutenant/arsonist Jeffrey ”Matches” Boyle are brothers. That’s the Chicago Way.

In 2006, Matches Boyle was sentenced to six years behind bars after pleading guilty to setting multiple fires on the Northwest Side and in neighboring Park Ridge. Matches pleaded guilty to eight fires, but admitted to setting more than 20 others.

What’s fascinating–since Chicago is the epicenter of reform–is that while he was busy as an arsonist, he was also busy applying for a promotion to fire lieutenant.

There were 200 more-qualified firefighters ahead of him on the list, but Matches magically jumped ahead of all of them and received what Daley’s City Hall calls a ”merit” promotion in 2002. If that’s not reform, what is? 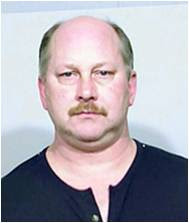 Here's a picture of Matches Boyle, beneficiary of one of Mayor Daley's "merit" promotions that were instituted in the name of Diversity. As you may have noticed, however, Mr. Boyle is a Person of Pink. (In fact, 30% of Chicago's "merit" promotions went to whites.) But Matches does come from a fine Democratic Machine family, and, in the final analysis, isn't that what really counts?

Matches served only one year and nine months of his six-year stint. And now, despite losing his job and burning the words ”convicted arsonist” onto his r?©sum?©, he’s demanding another miracle: He wants the Firemen’s Annuity & Benefit Fund of Chicago–the group that handles the pensions–to fork over his $50K per year. His rationale?

According to his lawsuit against the fund filed in Cook County court last month, Matches insists his convictions had nothing to do with his job as a fire lieutenant. Why? He didn’t set the fires while on duty. He started them on his free time. ...

Matches’ crime spree came to an end after the 2005 Super Bowl, when Matches, drunk and upset over losing $3,000 on a football bet, decided to make himself feel better by setting fire to Brandy’s Restaurant on Harlem Avenue. Local police recognized him from a security tape, and notified detectives from the Chicago Police Bomb and Arson Unit.

The detectives picked up Matches, and according to the police report, they asked him if he liked movies. Matches said he sure did like movies, so the detective asked if he’d ”be interested in viewing a video of an arson in progress.”

They rolled tape showing a man pushing a Dumpster, with contents blazing, up against the restaurant. The firebug bore a unique resemblance to Matches, which caused Matches to bow his head and issue the immortal words: ”OK, you’ve got me. That’s me.”

According to the reports, Matches told police that he had a drinking problem, was upset over bad football bets and his father’s death, and that journalists were writing mean things about his brother, Quarters. (I’m just thankful he didn’t burn down the Tribune Tower on deadline.)

According to transcripts of a benefit board meeting last year, Matches was asked what he learned as a Chicago firefighter about how different materials ignite, and at what temperatures.

”The hotter it got, the more it would burn,” Matches said simply.

Consider how much more socially uplifting is the story of Matches' merit promotion compared to those of nerdy "fire buffs" like Frank Ricci who spent all those hours poring over fire fighting manuals so that they could "earn" promotions based on disparately impacting Civil Service tests of objective knowledge.