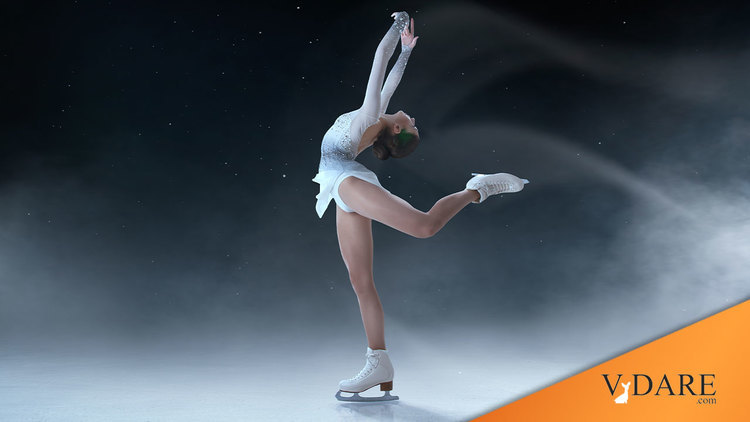 To a man from Mars, figure skating and the halfpipe wouldn’t seem all that different–in both, competitors are primarily judged on gracefully executing aerial rotations–but their clothes demonstrate that they are wildly different in what kind of young Americans they appeal to.

Although Fred Astaire demonstrated that a man can dance perfectly well while well-dressed, male figure skaters typically pursue sparkliness over taste and even sanity.

In contrast, the 2010 American snowboard team espoused a uniform carefully designed to look like they found their clothes at the bottom of a trunk in Kurt Cobain’s mom’s attic: hooded flannel shirts and torn baggy jeans.The snowboarder uniforms are actually made out of Gore-Tex with the slacker designs (including the rips in the supposed denim) merely printed on them. But neither authenticity nor aerodynamism is the point. The point is that they are not tight-fitting like the figure skaters’ outfits.