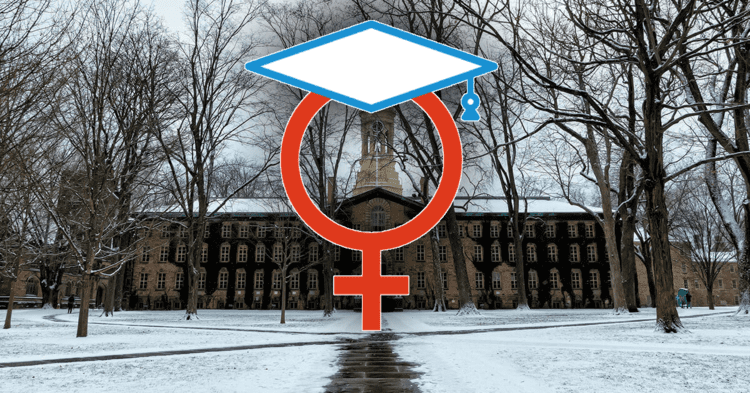 Feminism And The Rise And Fall Of Rationality In Language

The rise and fall of rationality in language

The post-truth era has taken many by surprise. Here, we use massive language analysis to demonstrate that the rise of fact-free argumentation may perhaps be understood as part of a deeper change. After the year 1850, the use of sentiment-laden words in Google Books declined systematically, while the use of words associated with fact-based argumentation rose steadily. This pattern reversed in the 1980s, and this change accelerated around 2007, when across languages, the frequency of fact-related words dropped while emotion-laden language surged, a trend paralleled by a shift from collectivistic to individualistic language.

Abstract
The surge of post-truth political argumentation suggests that we are living in a special historical period when it comes to the balance between emotion and reasoning. To explore if this is indeed the case, we analyze language in millions of books covering the period from 1850 to 2019 represented in Google nGram data. We show that the use of words associated with rationality, such as “determine” and “conclusion,” rose systematically after 1850, while words related to human experience such as “feel” and “believe” declined. This pattern reversed over the past decades, paralleled by a shift from a collectivistic to an individualistic focus as reflected, among other things, by the ratio of singular to plural pronouns such as “I”/”we” and “he”/”they.” Interpreting this synchronous sea change in book language remains challenging. However, as we show, the nature of this reversal occurs in fiction as well as nonfiction. Moreover, the pattern of change in the ratio between sentiment and rationality flag words since 1850 also occurs in New York Times articles, suggesting that it is not an artifact of the book corpora we analyzed. Finally, we show that word trends in books parallel trends in corresponding Google search terms, supporting the idea that changes in book language do in part reflect changes in interest. All in all, our results suggest that over the past decades, there has been a marked shift in public interest from the collective to the individual, and from rationality toward emotion. …

I took up high school debate in 1972 when the debate topic was: “Resolved: That governmental financial support for all public and secondary education in the United States be provided exclusively by the federal government.” And in 1973 the topic was: “Resolved: That the federal government should guarantee a minimum annual income to each family unit.” Some of the words above appeared on practically every evidence card I had.

Why? The authors speculate:

Nonetheless, it is tempting to reflect on a few potential mechanisms. One possibility when it comes to the trends from 1850 to 1980 is that the rapid developments in science and technology and their socioeconomic benefits drove a rise in status of the scientific approach, which gradually permeated culture, society, and its institutions ranging from the education to politics. As argued early on by Max Weber, this may have led to a process of “disenchantment” as the role of spiritualism dwindled in modernized, bureaucratic, and secularized societies (21, 22).

What precisely caused the observed stagnation in the long-term trend around 1980 remains perhaps even more difficult to pinpoint. The late 1980s witnessed the start of the internet and its growing role in society. Perhaps more importantly, there could be a connection to tensions arising from neoliberal policies which were defended on rational arguments, while the economic fruits were reaped by an increasingly small fraction of societies (23⇓–25).

In many languages the trends in sentiment- and intuition-related words accelerate around 2007 (SI Appendix, section 9). One possible explanation could be that the standards for inclusion in Google Books shifted from “being in a library Google had an agreement with” to “from a publisher that directly deposited with Google” after 2004 to 2007, thus affecting the corpus composition. The 2007 shift also coincides with the global financial crisis which may have had an impact. However, earlier economic crises such as the Great Depression (1929 to 1939) did not leave discernible marks on our indicators of book language. Perhaps significantly, 2007 was also roughly the start of a near-universal global surge of social media.

But, surely, the decline in rationality-orientation after the late 1970s has much to do with the rise of women writers and feminist values.

Note that bestselling women novelists have been common since the 18th century: Dr. Johnson was always complaining to Boswell about how much money they made, but also admitting he’d stayed up all night reading that lady author’s novel that everyone is talking about.

Indeed, women wrote about 36% of the top 10 bestselling novels of the year in the first half of the 20th century and about 28% in the second half. The postwar decades seem particularly male-dominated in retrospect, with men rattling on at great length about war, science, and government programs.

Still, it’s reasonable to see 1969 as the beginning of the triumph of the current wave of feminism, which led to more feminine styles of thought growing in, say, the New York Times about a decade later.