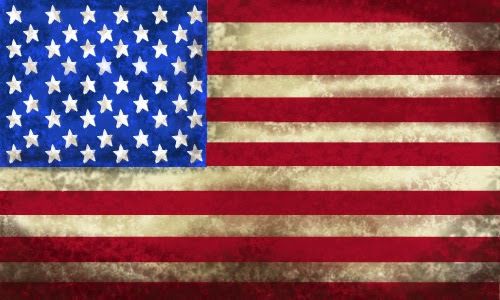 Now, a federal judge has ruled that the school can censor the American flag if Mexican-Americans threaten violence against those who wear it. Incredible, but true.

“The same federal judge who said it was perfectly fine for a homosexual judge in a long-term relationship with another man to rule on a dispute over homosexual marriage – a ruling from which he might benefit – now has concluded that it's all right for a school to censor clothing displaying the American flag because there were students who threatened violence against those wearing the clothing. “

Catch the logic? This judge says "it's all right for a school to censor clothing displaying the American flag because there were students who threatened violence against those wearing the clothing." So much for the rule of law, it's students who threaten violence who have the rights here.

“The judge, James Ware, of the federal court in the Northern District of California's San Francisco Division, has dismissed a complaint brought against the Morgan Hill Unified School District where the Old Glory theme on student T-shirts had been censored.

He found that it was reasonable because there were students who apparently hated the emblem enough to threaten with violence other students who were wearing it, and the censorship was ‘equal’ even though the Mexican flag was not also censored because no one threatened violence against the students wearing that emblem.

The case was brought by parents of the students who had been ordered by school officials either to change their Old Glory shirts, turn them inside out or go home. They sued, alleging constitutional violations. Nonsense, wrote Ware.

Only those students whose Old Glory-based clothing prompted threats of violence were ordered to change, he noted.

‘Plaintiffs have offered no evidence demonstrating that students wearing the colors of the Mexican flag were likely to be targeted for violence, and that officials treated all students for whose safety they feared in the same manner,’ he said.

‘Here … [the school officials] have provided a non-discriminatory basis for asking plaintiffs to remove their American flag attire. Defendants have put forth significant evidence demonstrating that plaintiffs (wearing the American flag colors) were asked to change clothes in order to protect their own safety.

‘The undisputed evidence shows that plaintiffs were the only students on campus whose safety was threatened that day,’ Ware said. “

Once again, those who threatened other students with violence decide what can or can't be done.

“The judge's ruling said after Mexican students walked around the school with a Mexican flag, ‘Caucasian’ students also put an image of a U.S. flag on a tree.

When Rodriguez told him to stop using such language, the Mexican student said, ‘But Rodriguez, they are racist. They are being racist. F— them white boys. Let's f— them up.'‘

The judge noted in another situation that a ‘male student’ approached one of the plaintiffs and ‘shoved a Mexican flag at him.’

A female student also ‘approached plaintiff M.D., motioned to his shirt, and said, 'why are you wearing that, do you not like Mexicans?'‘ the judge wrote.

Because of such behavior, the school officials were correct to blame those wearing the attire and take action. “

Not to mention that the school is in the United States. At least for now.