FBI Demographics: It Actually Still Is Your Father's FBI 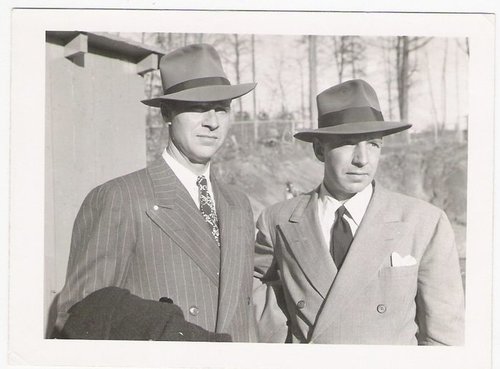 The face of the old FBI: white FBI SAC "Hank" Sloan (left) poses with Lloyd Nolan, the equally white actor who played Sloan in a movie about a Nazi spy ring composed—of course—of German immigrants. If they made the movie today, the actor would be black, and the immigrants would be changed to white supremacists.

The post below by Eugene Gant features a picture from the FBI's diversity hire page which pictures six agents, four of them female, two of them black.

I thought "That can't be their actual demographics, they'd never get anything done!"

The FBI publishes a facts and figures page—below is a screenshot of the PDF. 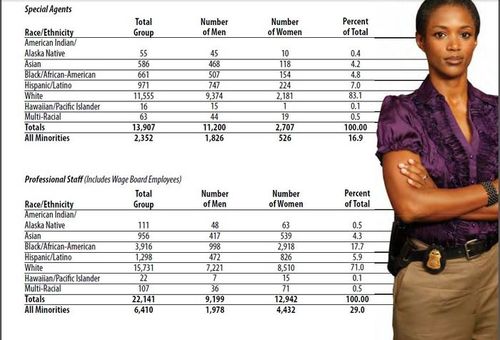 The lady at the right is wearing a badge, and holstered gun (on women's slacks without belt loops) so she's a black female agent. Is that likely?

The FBI is 16.9 percent minority, but to get to that figure, they have to count Asians, Hawaiians, and agents with Spanish last names. The FBI has very high educational standards for a law enforcement agency.

Of the same group, 2,707 are female. (Less than one in five.) That means that only one in a hundred FBI agents is a black female.

So in fact, the FBI today really is mostly the same white guys who caught Nazi and Soviet spies and Italian gangsters.

It's just that their management likes to pretend differently.

Post
Finally, a CEO Points Out: There Is a Very Limited Pool of Black Talent
MORE...
POPULAR TAGS