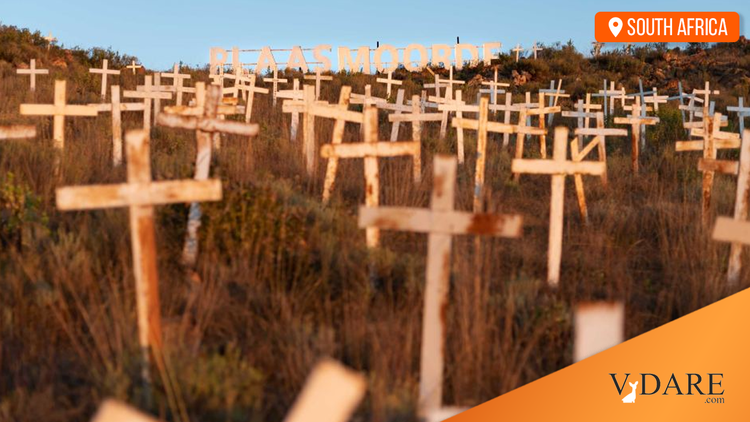 Farm Attacks, Murders, Kidnapping: Another Month In The Death Of White South Africa

The epidemic of farm attacks in South Africa has netted ten fatalities in November, 2020, according to SouthAfricaToday.net. Nine of the victims were white. The lone exception was an 80-year-old black farmer murdered near Greytown, in the KwaZulu Natal Province. The suspects, where profiles were reported, were all black. 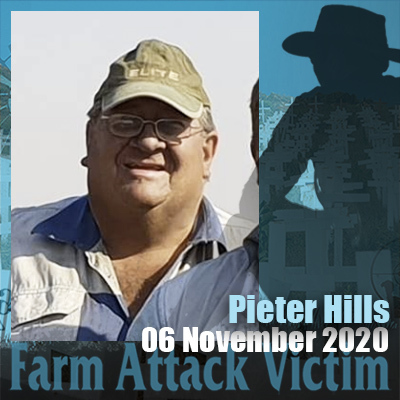 Among those incidents are:

The attack reportedly occurred November 6, 2020 at the farm Zwartpan in Hennenman in the Free State. The farm has been owned by the family for 147 years.

Reports say the crime scene was discovered by two farm hands who found the home's kitchen in disarray, suggesting the father and son resisted the attack. The attackers took two guns from the home's safe.

The victim's wife was not home during the attack.

[Pieter Hills shot in the head son wounded on their farm in Hennenman, WeCanStopTheGenocide.com, By Newsroom—November 6, 2020] 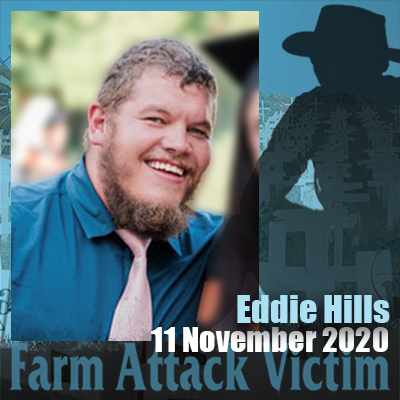 Pieter Hills, the victim's 56-year-old father, was fatally shot during the attack.

Among the four suspects in custody, one was identified as a Patrick Bochedi, who grew up on the farm. 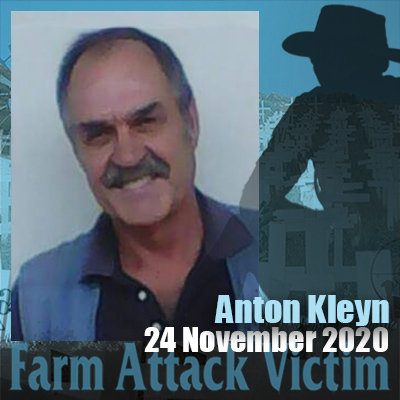 A Wendy house is a small dwelling named for the character Wendy, in J. M. Barrie's play, Peter Pan. 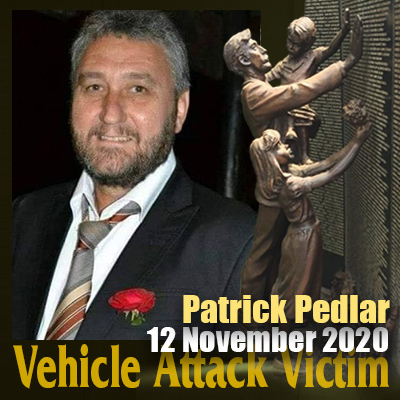 The lodge owner was reportedly accosted by two individuals after he purchased wood from a roadside vendor. The victim was approached from behind as he entered his bakkie pickup truck and was dragged from the vehicle by one of the attackers. Pedlar managed to draw his weapon and shoot the second attacker as he approached. The first attacker reportedly shot Pedlar three times in the head while holding him in a headlock.

The attackers drove off in Pedlar's truck but crashed within a few yards. The wounded attacker was left to die on the roadside while the assailant who shot Pedlar managed to flee and remains at large.

The attack occurred November 10, 2020. Pedlar died in the hospital the following day.

[Patrick Craig Pedlar from Kosi Bay shot in the face, WeCanStopTheGenocide.com, By Newsroom—November 12, 2020]

The victim leaves behind a wife and two children. 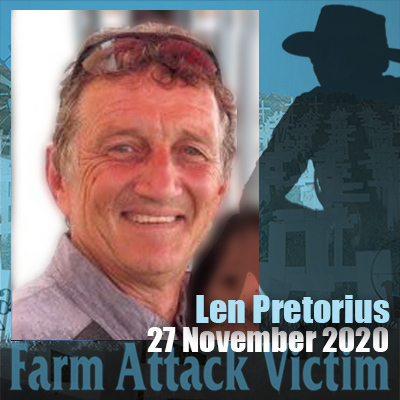 Pretorius was shot in the face late in the evening when he drew back a curtain after hearing a loud noise outside.

“My husband turned around, walked towards me and collapsed,” his wife, Joey Pretorius, is quoted as saying. “I saw blood gushing out of his neck and realised I had to do something. I grabbed a towel and tried to put it against his neck. A guy came and hit me on my head and spoke closely to my ears and asked: ‘Where is your money?’ I grabbed my wallet and gave him what I had. I think it was R150.”

Three suspects fled the scene and have not been captured.

['They killed my husband for R150': weekend away ends in tragedy, Pretoria couple were married just before lockdown, Timeslive.co.za, Nomahlubi Jordaan, November 30, 2020]

Not all farm attack victims are killed.

Reports say two males broke into the widow's home on the evening of November 20, 2020.

The suspects allegedly wrapped the victim in a blanket which was also stuffed in her mouth. Her hands were bound with a lamp cord. She was reportedly beaten after she had been bound.