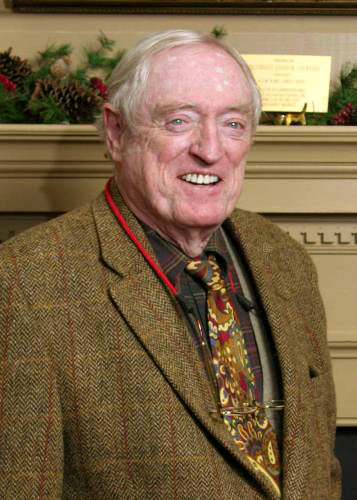 F. Reid Buckley, one of the lesser known Buckleys and brother to William F., has died. The New York Times’ obituary included the novelist’s thoughts on immigration and who, exactly, we let into the country:

His political writing was considered less polite and even-tempered than his brother’s. A column he wrote in the journal Southern Partisan in 1984 drew particularly sharp criticism for its assertion that a whole range of racial and ethnic groups had “no temperament for democracy.”

“It may be impolite and unpolitic to bring the subject up,” he wrote, “but can our democratic system endure unless we close up the frontiers to peoples who are not ... predisposed to honor its assumptions?” [F. Reid Buckley, Novelist and Columnist, Dies at 83, By Paul Vitello  April 16, 2014]

Imagine what would happen if he uttered that sentiment today, in this age of the “credal nation,” when anyone who wears a T-shirt, eats at McDonald’s and mouths a few Enlightenment platitudes from the Declaration can be an American. And one wonders what the “girly boys” at today’s National Review thought about it, if they even knew he uttered such a heresy.