The national exit poll on House voting from CNN (these numbers continue to change slightly as the evening wears on): 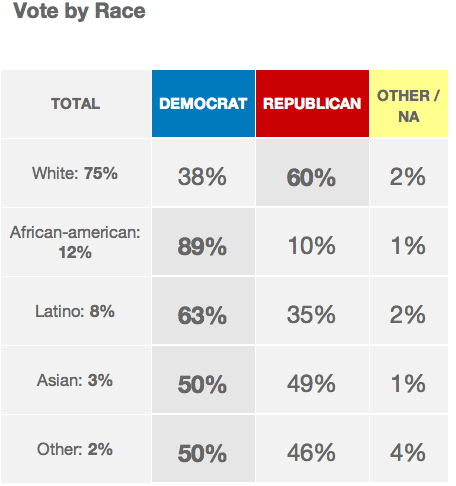 By the way, if you feel like comparing the 2014 exit poll to the long-lost 2002 mid-term exit poll, here’s my 2003 analysis. The software crashed on election night 2002, so no exit polls were ever officially released. The next year, I bought the raw data for $95 and crunched it in Excel, and wrote it up.