Exclusive Update: Victim in the Panama City Gang-Rape is Not White 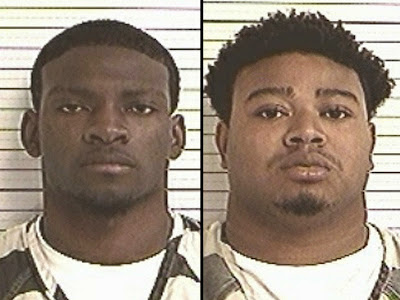 Delonte' Martistee, 22, of Bainbridge, Ga., L, and Ryan Austin Calhoun, 23, of Mobile, Ala., "were charged with sexual battery by multiple perpetrators in connection with a video that the Bay County Sheriff's Office said 'appeared to be of a gang rape that occurred on Panama City Beach during spring break.'" (BCSO) 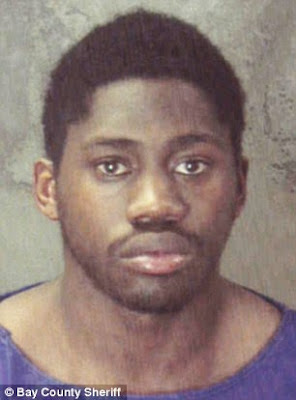 George Davon Kennedy of DeKalb, Georgia, a student at Middle Tennessee State University, was taken in Tuesday night as police believe he is one of the men caught on video assaulting a woman in Panama City

I spoke to the Bay County Sheriff’s Office Public Information Officer, Ruth Corley, and PIO Corley informed me that the victim of the most recent gang-rape on the Panama City beach—there have been others—was Hispanic.

I am certainly surprised, but keep in mind that she wasn’t black. I could not see blacks standing around and watching anyone rape a black female.

(Some readers wondered whether the victim was a Hispanic white, Hispanic Asian, or appeared to be white. Perhaps, but we’ll probably never know.)

However, PIO Corley reported that Kennedy is a “principal,” who allegedly aided and abetted the other three by holding down the victim’s legs, but who did not engage in penetration. A fourth suspect did penetrate the victim, but only one of his hands is visible on the video, and PIO Corley is skeptical that he’ll ever be identified. (Unless, that is, one of his crime partners gives him up in a plea bargain.)

Delonte' Martistee and Ryan Austin Calhoun have already been arraigned and charged with the alleged crimes. According to PIO Corley, however, Kennedy is still in DeKalb County, Georgia, and has yet to appear before a judge in Bay County.

Although at least one MSM report suggested the gang-rape was carried out on March 12, and most reports offered a range of between March 10 and 12 (the victim was drugged, and had no memory of the attack), the Bay County Sheriff’s Office incident report, which PIO Corley sent me, has a time frame twice as long:

The victim appears to have been given some sort of drug, in order to incapacitate her during the rapes, and which may have left her incapacitated (e.g., confused, dizzy, and with no memory of the incident) for some time beyond the period in question, whether that be hours or days.

From the incident report:

“She states that she blacked out at some point during the day, and didn’t recall much about the day, but remembers having to get assistance to get back to where she was staying.”