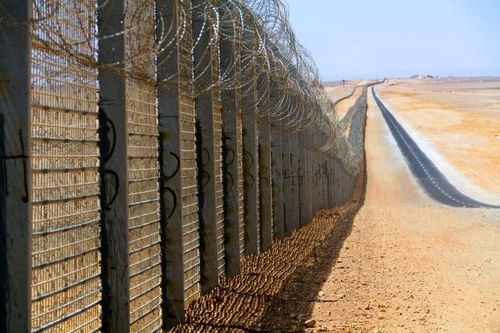 Faced with a surge in migration from the Middle East and North Africa, two European countries are exploring the possibility of erecting towering steel security fences along parts of their borders, similar to Israel’s barrier with Egypt.

Hungary and Bulgaria have made preliminary inquiries about buying the Israeli-designed fences, according to an Israeli business source who declined to be named due to the sensitivity of the discussions.

Both EU countries are beefing up their borders to deter migrants, many of them refugees from wars, who are seeking to use them as gateways to richer countries further north and west, particularly Germany.

But moves to throw up such barriers – which could be around 5-6 meters (15-20 feet) high, topped with razor wire and equipped with cameras and motion sensors – would evoke memories of Cold War-era divisions in Europe and exasperate EU officials who say they would not help to solve the crisis.

Bulgarian and Hungarian officials indicated that such discussions about security fences were taking place.

“I presume that such is the case because the cooperation between the (Israeli and Bulgarian) ministries of internal affairs and security is quite intensive,” said Rayko Pepelanov, Bulgaria’s deputy ambassador in Israel. …

The Israeli source said any deals remained some way off, pointing to budget constraints and the political sensitivity in the European Union over erecting fences to control the flow of migrants and refugees from Syria, Iraq, Libya and elsewhere.

“(European countries) all want solutions and see the relevance of our technologies,” the source said. “But they also need EU support and this has not been forthcoming.”

The European Commission, the EU executive, has said it opposes the construction of fences but accepts it is up to each nation to decide how it protects its borders.

“Fences … do not send the right message, particularly to our neighbors,” said spokeswoman Mina Andreeva.

DOWN TO THE WIRE

The type of fence the countries have expressed interest in is the one Israel has constructed along its 230 km (143-mile) border with Egypt, rather than the steel-and-concrete barrier that separates the West Bank from Israel and East Jerusalem.

The Egyptian fence was built over three years and completed in 2013, with the aim of stopping an influx of migrants from Africa and guarding against raids by Islamist insurgents.

The fence cost the Israeli government around $380 million. A similar-style barrier is likely to cost foreign customers about 15 percent more – up to $1.9 million per km, according to industry sources, although hills, forests and other difficult European topography could drive the price higher.

Erecting such barriers would represent a significant step-up in security for Hungary and Bulgaria.

The former is already completing a 3.5-metre-high fence along its border with Serbia, while the latter has erected a fence about 3 meters high on its Turkish border. But the Israeli-designed barriers, as well as being taller, would be more heavily fortified and have more sophisticated electronic defense.

Hungary has emerged as a flashpoint in the crisis, as the primary entry point for those traveling overland across the Balkans. Its right-wing government is among the continent’s most outspoken voices against allowing mass immigration.

But EU officials have been critical of Budapest, with some pointing out the irony of the country that first opened the Iron Curtain frontier with Austria in 1989, before the Berlin Wall came down, taking the lead in erecting new barriers.

Uh, you know, there’s a slight difference between a dictatorship locking its subjects in and a democracy protecting its citizens by locking foreign mobs out …

Frontex, the EU agency responsible for border management, is opposed to fences and has made clear the European Union will not help member states finance them.

“When you talk about the management of migratory flows, the fence itself is not the solution, just as border control is not the panacea for migration flows,” said spokeswoman Izabella Cooper. “You have to stabilize the countries of origin from which the refugees flee.”

In other words, All We Have to Do Is to Solve the Sunni-Shi’ite dispute. Who needs an Israeli-style border fence when the great and the good of the EU will have, no doubt, solved this 1400 year old conflict real soon now? So, nothing should be done to protect the peoples of Europe in the mean time, because EU diplomats are this close to getting sorted out all those unfortunate misunderstandings between Sunnis and Shi’ites going back to Ali’s assassination in 661 A.D.