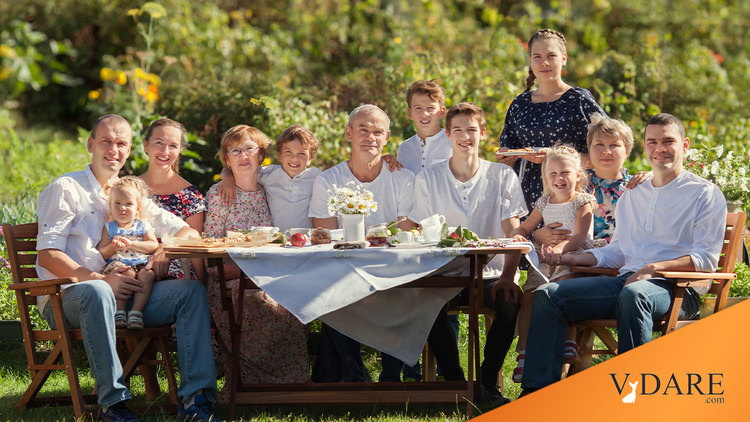 Earlier, by Steve Sailer, 2002: It's All Relative: Putting Race in Its Proper Perspective

From Evolution and Human Behavior:

Abstract
Ethnicity looks something like kinship on a larger scale. The same math can be used to measure genetic similarity within ethnic/racial groups and relatedness within families. For example, members of the same continental race are about as related (r = 0.18–0.26) as half-siblings (r = 0.25). However (contrary to some claims) the theory of kin selection does not apply straightforwardly to ethnicity, because inclusive fitness calculations based on Hamilton’s rule break down when there are complicated social interactions within groups, and/or groups are large and long-lasting. A more promising approach is a theory of ethnic group selection, a special case of cultural group selection. An elementary model shows that the genetic assimilation of a socially enforced cultural regime can promote group solidarity and lead to the regulation of recruitment to groups, and to altruism between groups, based on genetic similarity – in short, to ethnic nepotism. Several lines of evidence, from historical population genetics and political psychology, are relevant here.