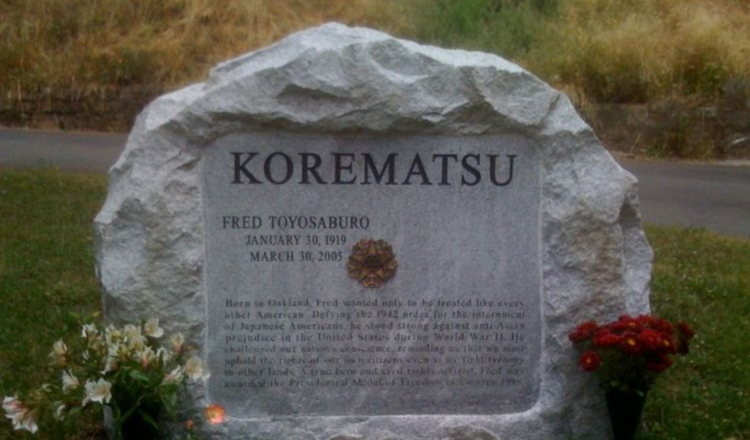 Eric Muller And Korematsu Out Of Context

[Fred] Korematsu was just a fugitive, but is it any wonder that when he was arrested across the bay, the headline read Jap Spy Arrested in San Leandro? (James Fulford)

The context is that Korematsu's behavior was extremely suspicious—although the "only a fugitive" part refers to the fact that the his behavior was morally no worse than draft-dodging. Here's the paragraph and four bullet points that went before the money quote.

I was also surprised to see that Korematsu, rather than engaging in civil disobedience on principle, like Thoreau, or Gandhi, had done the following:

Frankly, short of carrying a silenced Nambu pistol and cyanide pill, it's hard to see what he could have done to make himself more suspicious. That's the context—that and the fact that this is the kind of history that you don't hear about.

The expression "Jap Spy" is the wartime headline writer's, of course, and was quoted by Korematsu himself in a San Francisco Chronicle article attacking In Defense Of Internment; the article [Do we really need to relearn the lessons of Japanese American internment?, September 16, 2004] makes no mention of plastic surgery, phony ID, or a false name.

I'm not, in fact, sure why Muller thinks this is racist at all. It seems to be just a hysterical reaction to the word "Jap" appearing in print, or it may be that he's just overreacting, as he has done in the past, to any defense of internment.