Democrats are busy these days saying that voter fraud is imaginary so we shouldn’t worry about it (even as a liberal group is sending out pre-filled voter registration materials to dogs, dead people and non-citizens). 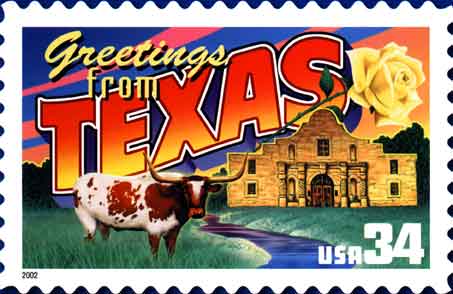 Attorney General Eric Holder spoke to the NAACP conventions in Houston recently and compared Texas’ voter ID law to the poll tax, a hated method of suppressing the black vote back in the bad old days. Apparently the Obama administration thinks support among black voters is squishy, and they must be frightened in order to show up to vote.

It’s actually pretty twisted that AG Holder would trash talk voter ID in Texas, where one of the most famous cases of voter fraud in American history occurred.

Before becoming President, the young Lyndon Johnson won his first election through fraud, and got the ironic nickname “Landslide Lyndon” because of the slim win by 87 votes.

As Robert Caro wonderfully recounts the story in Means of Ascent, in 1948, Johnson was trailing six days after the election, and seemed certain to lose, when a protégé of George Parr, the “Duke of Duval” and political boss of the heavily Hispanic counties in southern Texas, “discovered” 200 allegedly uncounted ballots in Box 13, Alice, Texas. These 200 “voters” cast their ballots 198 to 2 for Johnson, putting him over the top. The election, of course, was stolen: the added 200 names were written in a different colored ink, and Stevenson’s attorneys tracked down the final name on the original voter list, who affirmed that he had voted just as the polls were closing.

It’s another sad testament to Americans’ lack of knowledge about their own history that Holder can portray voter fraud as a non-event in a state where a major election scam is part of a Texas President’s lore.

At least citizens are well equipped in the common-sense department. Two polls in April found that over 70 percent of Americans thought photo identification for voting is a good idea and necessary to prevent fraud.

This country is in a sorry state when the top law enforcement officer openly defends voter fraud for political reason.

The president was a no-show, Joe Biden exhorted the crowd to stick with Obama and Mitt Romney gave a frank address to the nation’s oldest civil-rights organization in which he vowed to repeal ObamaCare.

But the most important news out of the NAACP in Houston this week came from Attorney General Eric Holder, who vowed to continue the Justice Department’s war on states trying to ensure the integrity of the electoral system.

“The arc of American history has always moved toward expanding the electorate,” said Holder.

True enough. A series of constitutional amendments, buttressed by acts of Congress and Supreme Court decisions, has expanded the franchise to include blacks, women and young people.

Yet that doesn’t mean it ought to include foreigners, felons or the deceased.

But how else to interpret the Justice Department’s war on in-state efforts to tighten voter-ID requirements and prevent ballot-box fraud?

Whether it’s trying to block Florida from purging its rolls of noncitizens or taking Texas to federal court over its new photo-ID requirement, Holder has signaled an unseemly coziness with potential fraud in pursuit of political advantage.

President Obama’s re-election chances hinge on a substantial minority turnout, which could prove decisive in battleground states like Florida, North Carolina and New Mexico. And what better way to fire up the base than to make it feel like it’s under attack on the historically incendiary issue of voting rights?

The attorney general declared: “Let me be clear: We will not allow political pretexts to disenfranchise American citizens of their most precious rights.”

Requirements to prove your identity before voting, he said, are “poll taxes.”

That refers to Jim Crow laws requiring payment in order to vote. But poll taxes were outlawed at the federal level by the 24th Amendment in 1964 and extended to the states by the Supreme Court.

But the reference is baloney. Poll taxes, along with literacy tests and other gimmicks, were naked attempts to prevent southern blacks from voting after Reconstruction.

The Texas law — which requires all voters to show some form of government-issued ID, including a US passport, a state driver’s license or even a pistol permit — is similar to an Indiana one that the Supreme Court upheld by a 6-3 vote in 2008. The court called such requirements “eminently reasonable.”

Three years earlier, a bipartisan Commission on Federal Election Reform — co-chaired by former President Jimmy Carter and former Secretary of State James Baker — recommended that “all states should use their best efforts to obtain proof of citizenship before registering voters.”

Holder argues that such a requirement is discriminatory, and poses an undue hardship on minorities and the poor. Other opponents of voter-ID laws insist there’s no evidence that fraud is a serious problem.

“In recent years, my office has secured more than 50 voter-fraud convictions,” noted Texas Attorney General Greg Abbott in USA Today in March. “Those include a woman who voted in place of her dead mother, a political operative who cast ballots for two people and a city councilmember who registered foreign nationals to vote in an election decided by 19 votes . . . Cases like these are just the tip of the iceberg.”

Florida has compiled a list of 180,000 names slated for possible removal from the voting rolls as noncitizens — a move that Holder unsuccessfully tried to stop in federal court.

“How can you argue against a state identifying people who are not rightfully on the voter rolls?” asked Sen. Marco Rubio (R-Fla.), whose parents immigrated from Cuba.

How indeed? You can’t fly, rent a car, get into a nightclub or buy a house without having to show ID. Is the government seriously arguing that lawful voting is less important? Especially when every vote counts?

“Stand your ground!” shouted the Houston audience as it cheered Holder. Don’t they realize he’s shooting at the security of our electoral system as he stands that ground?