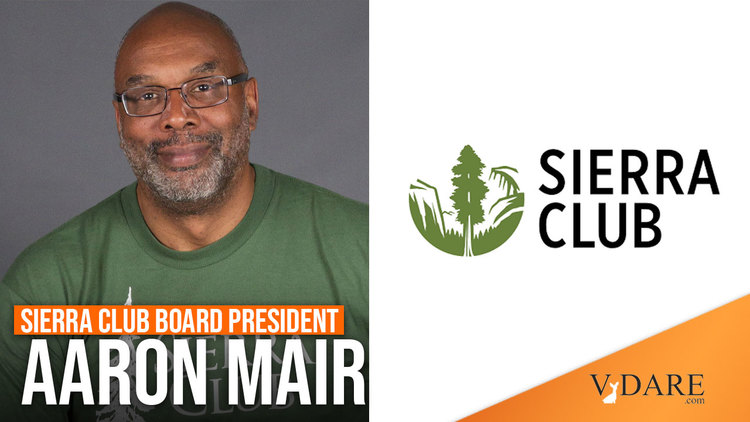 Environmental Organizations Are Being Looted by Their Diversity Hires 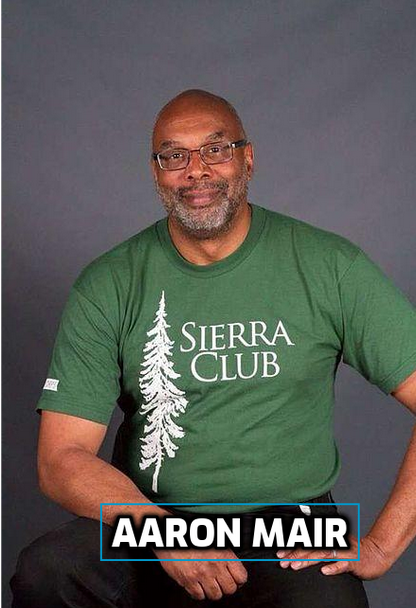 One of my favorite Curb Your Enthusiasm episodes is the one where Larry David and Ted Danson have agreed to each fund one wing of a new building for an environmental organization. Ted proudly has his name inscribed on his wing, while Larry modestly chooses to have his wing attributed to “Anonymous.” But everybody says Larry is just showing off to get credit for humility, unlike wonderful Ted, who is a true outspoken environmental warrior.

It’s easy to make fun of rich people environmentalism, but, here’s the thing: these socialites have managed to oversee the creation of a string of hiking trails in the dead center of the country’s second biggest city that have made my life appreciably better. The Tree People facility serves as the hub of a network of maybe eight miles of trails that either wouldn’t exist without them or would dead-end as fragments. They managed to buy up key stretches of expensive land before the Russians arrived and drove the price through the roof.

So, while I’m sardonic about environmental organizations, I’m also aware that they’ve sometimes done good things for me. So, I’m concerned that lately environmental NGOs have lost interest in the, you know, environment.

Environmental organizations in the U.S. have always reflected white elite preoccupations. Back when Madison Grant saved the redwoods, those included eugenics and immigration restriction.

Now they are diversity, inclusion, and equity, which don’t actually have anything to do with the environment. But green NGOs aren’t just being hypocritical anymore during the Great Reset, they are living out their ideals, with predictably disastrous results:

Justice or overreach?: As crucial test looms, Big Greens are under fire

The environmental movement embraces a broad array of progressive causes while its own agenda hangs in the balance.

When Aaron Mair ascended to the board presidency of the Sierra Club, he brought a new mission to the century-old environmental group: Where once it devoted itself solely to conservation issues, now it would embrace a much broader range of social justice causes.

Mair came from the environmental justice movement, where communities of color battle against industrial pollution rarely seen in wealthier, whiter areas. The movement has DNA more akin to the civil rights movement than John Muir’s reason for founding the Sierra Club: conserving streams and forests.

Under Mair and Brune, records show, the Sierra Club funneled its own funds into the groups Black Lives Matter and Showing Up for Racial Justice. In 2017, Brune threw the club’s support behind citizenship for children brought to the country illegally. In June 2021, Sierra Club backed reparations for Black Americans. It changed its definition of environment to the “environmental health of all communities, especially those communities that continue to endure deep trauma resulting from a legacy of colonialism, genocide, land theft, enslavement, racial terror, racial capitalism, structural discrimination, and exclusion.”…

Greenpeace USA is the latest major environmental organization riven with dissension. Interviews with 10 current and former staffers and documents obtained by POLITICO reveal an organization divided by tension between senior management and its younger workers over race and gender issues, culminating in a 2019 audit that blamed top-level management for creating a “culture of suffering and overworking” that was “guided by fear.”

It’s almost as if blacks tend to care less about trees and whales than about getting paid more for less work.

The Sierra Club’s Statement on Reparations is a doozy:

The Sierra Club firmly supports reparations for Black people and believes it is impossible to create a healthy, safe, and sustainable future for all without acknowledging and materially addressing the past and present economic, cultural, psychological and spiritual impacts of racism.

At the Sierra Club, we believe in the power of together. Together, we remain committed to the fight for a healthy climate built on a foundation of environmental, racial, economic, and gender justice — a future where all people benefit from a healthy thriving planet and a direct connection to nature. The movement for environmental justice (EJ) has expanded the definition of “the environment” beyond wilderness, outdoor recreation and conservation. With guidance from our EJ partners, the Sierra Club now defines “the environment” as environmental health of all communities, especially those communities that continue to endure deep trauma resulting from a legacy of colonialism, genocide, land theft, enslavement, racial terror, racial capitalism, structural discrimination, and exclusion. Today, Black people in the United States continue to experience the highest rates of poverty, unemployment, health disparities, and incarceration, and the lowest wages and rates of wealth accumulation due to past and current exploitation of the Black community.

In June of 2020, the Sierra Club formally recognized Juneteenth, the ending of slavery in the United States, as a symbol of Black freedom and Black resistance, centering Black people’s unique contribution to the struggle for justice and equity in the United States—a struggle that still persists today. The Sierra Club has also affirmed that tackling the climate crisis can only happen if we confront systemic racism, including environmental racism, since Black liberation is a key to solving the global climate crisis.

The Sierra Club believes that reparations for the Black community is a critical first step toward equitable reinvestment into marginalized communities and halting extractive policies.

The National Coalition of Blacks for Reparations in America (N’COBRA) defines reparations as “a process of repairing, healing and restoring a people injured because of their group identity and in violation of their fundamental human rights by governments, corporations, institutions and families.” If we are going to strive for true allyship in the fight for environmental justice, we must acknowledge that reparations will promote the kind of investments in capital, infrastructure and jobs that contribute to the achievement of health as a social determinant. Communities that have been treated as sacrifice zones by big polluters have been calling for reparations for years. So much of the wealth in the United States was built on a foundation of theft and enslavement and by returning some of that wealth to the people it was stolen from, we can begin to undo the intergenerational harm done to Black communities.

In 2020, Sierra Club formally endorsed HR 40 (The Commission to Study and Develop Reparation Proposals for African-Americans Act), which calls for a committee to study reparations, but we know that for those of us who have been endlessly harmed by colonialism, slavery and systemic racism, justice is long overdue. Congress needs to not only study reparations; it needs to address the harms caused by anti-Black policies and practices through reparations. The Sierra Club firmly supports reparations for Black people and believes it is impossible to create a healthy, safe, and sustainable future for all without acknowledging and materially addressing the past and present economic, cultural, psychological and spiritual impacts of racism. …

In other words, who cares about the ecological jibber-jab? Give us money now!